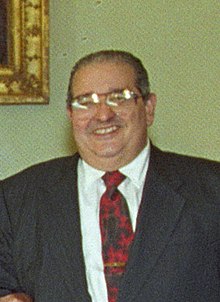 Guillermo Endara studied medicine at the University of Tulane and accounting at Seale Business College in New Orleans.

In May 1989 he was elected President of Panama as a candidate for the Alliance of Oppositional Political Parties (ADOC) with 62.5%. His opponent from the Revolutionary Democratic Party (PRD) , Manuel Noriega , who until then had ruled the country with dictatorial power and had built up a drug cartel , won 24.9% of the vote, but did not want to acknowledge his defeat. Perhaps this was the trigger for the US invasion ( Operation Just Cause ) of Panama in December 1989. Endara was officially installed on December 20, 1989 as President of the Republic of Panama. During his reign he restored public order and was able to improve the economic situation of Panama significantly. While the gross domestic product fell by 7.5% in 1990, it rose by 8% in 1992.

In 1994 Ernesto Pérez Balladares took over the office of President.

In 1990 Endara was one of the co-founders of the Partido Arnulfista , whose name goes back to the former president Arnulfo Arias . Later, however, he distanced himself from the party and joined the Solidaridad (Solidarity) party, for which he ran as president in the 2004 election campaign. However, he was defeated by Martín Torrijos from the Revolutionary Democratic Party (PRD) and received only 27% of the vote.

Endara died on September 28, 2009 of complications from a heart attack.

President of the Republic of Panama