The title of this article is ambiguous. Further meanings are listed under James Woods (disambiguation) . 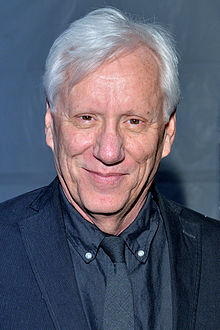 Woods grew up in Warwick , Rhode Island , where he attended Pilgram High School . He then studied at the Massachusetts Institute of Technology (MIT), but left it shortly before graduating in 1969 to pursue an acting career. He is the older brother of Michael Jeffrey Woods .

Woods made a name for itself primarily through the portrayal of succinct characters and was nominated twice for the Academy Award : in 1987 as best leading actor in Salvador and in 1997 as best supporting actor in Das Assentat . He received critical acclaim for dubbing Hades in the Disney film Hercules . On German television he was also seen in his role as public prosecutor Sebastian Stark in the television series Shark .

He lent his voice to television productions such as Family Guy , the Simpsons , films such as Final Fantasy: The Powers Within You and, among others, the game Grand Theft Auto: San Andreas . His work as an actor and voice actor includes more than 140 productions.

On October 15, 1998, Woods received a star on the Hollywood Walk of Fame in Los Angeles .

James Woods has a guest appearance in the fifth season of The Simpsons . In addition, he has five appearances in the American cartoon series Family Guy . There is also a high school and forest in Quahog , Rhode Island named after him in the series.

James Wood's German voices were and are Manfred Lehmann and Frank Glaubrecht .