Rusovce (German Karlburg , Hungarian Oroszvár , Croatian Rosvar ) is a district in the south of Bratislava on the right side of the Danube on the border with Hungary .

The place is based on the from 1–4. The Roman fort of Gerulata existed in the 17th century AD . The place had a Slavic population in the 9th century, a Slovak-Hungarian population (at least) in the 10th and 11th centuries. It was first mentioned in 1208 as terra Uruzwar Wruzvar . The German name of the place has been documented since the 14th century, in modern times (from the 16th century) the Croatian-German population has been proven, whereby the Croats were already Germanized at the end of the 19th century (so-called Krobóti).

The village belonged to the Hungarian Wieselburg county and is on the Bratislava - Szombathely railway line (Pressburg-Steinamanger, Hungary). In 1890 the place had 1668 German and Magyar inhabitants.

Count Emanuel Zichy (1808–1877) had the Karlburg Castle built between 1841–1846. From 1900 to 1945 Karlburg Palace was the residence of the widowed Crown Princess of Austria-Hungary, Stephanie of Belgium , and her second husband, Prince Elemér Lónyay .

By 15 October 1947, the site was then together with the neighboring villages Čunovo and Jarovce by the Paris Peace Conference of Czechoslovakia awarded, according to the wishes of the Czechoslovak delegation, the Pressburger bridgehead for strategic reasons to increase. Rusovce has been a part of Bratislava since January 1st, 1972. 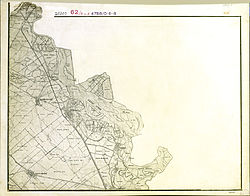