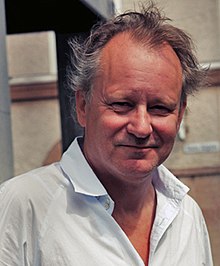 Skarsgård became known in the 1960s in the television series Bombi Bitt och jag . From 1972 to 1988 he worked at the Royal Dramatic Theater in Stockholm until he was also cast in international productions in the late 1980s. He played the role of Captain Tupolev in Hunt for Red October and the role of Professor Lambeau in Good Will Hunting . He was also shortlisted for the title role on Schindler's list , which ended up going to Liam Neeson . In 2010 Skarsgård was awarded the 10,000 euro Actor Award The Europe of the International Film Festival Braunschweig .

Skarsgård's standard German speaker has been Detlef Bierstedt since 2004 , who had previously spoken to him in Lars von Trier's film Breaking the Waves in 1996 . Between 2005 and 2014 he was also dubbed several times by Roland Hemmo .