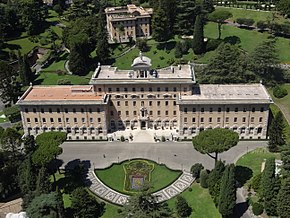 Structure of the Vatican State and functioning of the Governorate

The commission meets several times a year and determines the financial and budgetary policy of the Vatican State. The governorate itself is divided into two strands, each of which is headed by a special representative. The directorates form the first strand; the second line includes the Central Offices and Services, the Vatican Observatory , Castel Gandolfo and the Bureau for Archaeological Research .

The governorate is divided into the following directorates:

The following central offices (Uffici Centrali) are subordinate to the governorate and report directly to the president: