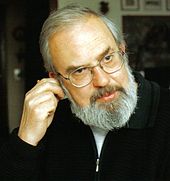 From 1956 to 1961 Jung received training in piano , violin , viola and music theory at the Frankfurt (Oder) Music School and from 1959 to 1961 took private composition lessons from Günter Kochan in Berlin.

After graduating from high school in Frankfurt (Oder) in 1961, he studied at the Hochschule für Musik Berlin , later the "Hanns Eisler" Hochschule, until 1967 : composition ( Wolfgang Hohensee , Günter Kochan , Rudolf Wagner-Régeny ), piano ( Eva Ander , Rudolf Dunckel), bassoon (Fritz Finsch) and conducting (Horst Müller). In 1965 he became a member of the Association of Composers and Musicologists of the GDR and composed his first film music (Jens and Fiasa) for DEFA in Babelsberg . In 1967 he completed his studies with the state examination and a diploma thesis on the problem of expressive possibilities in contemporary chamber music .

Also in 1967 Jung received a two-year teaching assignment for music theory and ear training at the Berlin University of Music. In 1969 he became a lecturer and in 1973 chief editor at Verlag Neue Musik Berlin, where he worked until 1977.

From 1970 to 1978 he worked with singing actors as a pianist and ensemble leader. With them he developed a lively concert activity at home and abroad ( Middle East , Eastern Europe , Scandinavia , Africa , Austria , Italy , Portugal , FRG ). Numerous radio, TV and record productions were made.

Since 1978 Jung worked as a freelance composer, pianist and conductor . From 1978 to 1985 he worked as a pianist and répétiteur with the Rundfunkkinderchor Berlin and the Ossietzky Kammerchor Berlin and maintained close contacts with other top choirs such as the Rundfunk-Jugendchor Wernigerode , Rundfunkchöre Berlin and Leipzig , Leipzig vocal ensemble, Dresdner Kapellknaben , Thomanerchor Leipzig, Cantores Minores Helsinki and the ars-nova-ensemble Berlin.

From 1985 onwards, Jung undertook numerous guest tours to his own performances and productions, among others to Finland , Austria, Hungary , the FRG and Switzerland . In 1986 he was a guest lecturer at the comprehensive university in Kassel with a series of lectures on 40 years of music in the GDR . In 1989/90 he was involved in a responsible position in the reorganization of music life: Composers Association, AWA- GEMA , GNM and the German Music Council .

From 1991 Jung worked mainly in concert management, including from 1993 to 2000 for the Pankow Town Hall Concerts, 2001 to 2004 for the Pankow Orphanage Concerts. In 2001 he was the project manager of the Berlin Sings Choir Festival . From the 2004/2005 season until his death he was a freelancer for the Berliner Philharmonie GmbH. Jung died on June 3, 2013 after a brief illness. His Missa da Requiem for vocal quartet and string quintet, which he had given Ludger Stühlmeyer to perform in the event of his death in 2002 , was first performed on June 12, 2013 in Hof's city church .

Helge Jung was married to the publishing editor and music therapist Martina Jung for 47 years. His compositions are performed in almost all European countries , the USA and Africa.

See also: List of Classical Composers in the GDR .

Jung received numerous composition prizes at home and abroad, including