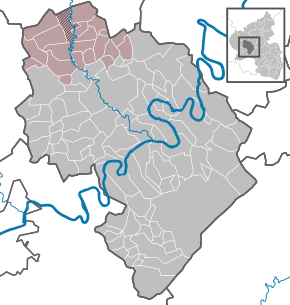 Location of the former municipality in the district of Bernkastel-Wittlich

The development of the number of inhabitants in relation to the area of ​​the Verbandsgemeinde Manderscheid at the time of its dissolution; the values ​​from 1871 to 1987 are based on censuses:

The Verbandsgemeinderat Manderscheid consisted of 24 voluntary council members, who were elected in a personalized proportional representation in the local elections on June 7, 2009 , and the full-time mayor as chairman.