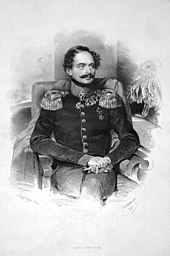 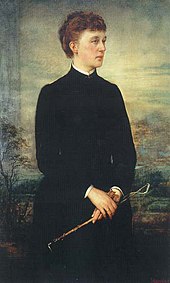 Adolph came from the first marriage of Duke Wilhelm I of Nassau (1792–1839), from the house of Nassau-Weilburg , with Princess Luise von Sachsen-Hildburghausen (1794-1825), daughter of Duke Friedrich von Sachsen-Altenburg and Duchess Charlotte from Mecklenburg-Strelitz .

After the death of his father on August 20, 1839, Adolph took over the rule of the Duchy of Nassau at the age of 22 . After the Duke of Nassau, he had several counts and rulers with a full title : " Count Palatine of the Rhine , Count of Sayn , Königstein , Catzenelnbogen and Dietz , Burgrave of Hammerstein , Lord of Mahlberg , Wiesbaden, Idstein , Merenberg , Limburg and Eppstein , etc etc ". In the early years of his reign, he turned towards the cavalry, and developed into a very affable and popular ruler. During his reign, among other things, the construction of the railway , the development of the spa in Wiesbaden and the other seaside resorts of the duchy as well as the industrialization with the construction of large factories in Biebrich and Höchst . In 1840 the Duke founded the "Herzoglich Nassauische Landes-Credit-Casse", from which the Nassauische Sparkasse later emerged.

On March 23, 1842, the Prussian King Friedrich Wilhelm IV appointed Adolph chief of the 5th Uhlan Regiment . Since 12 July 1855, he also held the rank of a cavalry general in the Prussian army and was on March 22, 1902 Colonel General transported.

On January 31, 1844, Duke Adolph married Elisabeth Mikhailovna , Grand Duchess of Russia . After she and the child died just one year later at the age of 19 giving birth to their daughter, Adolph had a magnificent burial chapel built on the Neroberg in Wiesbaden using one million rubles from his wife's dowry .

Duke Adolph was actually strictly conservative and reactionary in the tradition of his father , but bowed to the pressure of the March Revolution of 1848 and on March 4th granted the " Nine Demands of Nassau " by granting the citizens of the duchy civil rights for the first time .

In the German War of 1866, Nassau was on the side of the German Confederation under the presidency of Austria and was annexed by the latter after the victory of Prussia . Duke Adolph left office on September 20, 1866. His request to own all state domains was not met. After long negotiations, Prussia and Adolph agreed by contract dated September 28, 1867 to a severance payment of 15 million guilders, interest bearing at 4.5%, as well as four castles ( Schloss Biebrich , Weilburg Castle , hunting seat plate and the Luxembourg Palace in Koenigstein). Adolph then stayed mainly in Vienna and Frankfurt am Main and also traveled a lot. He bought Hohenburg Castle near Lenggries in Upper Bavaria, where he enjoyed hunting.

In 1890 the personal union between the Netherlands and Luxembourg ended when the Dutch King Wilhelm III. remained without male descendants and in Luxembourg - unlike in the Netherlands - the Salic inheritance law applied. As a Protestant in a Catholic country, Adolph became Grand Duke of Luxembourg . He prefixed this title as the highest ranking of his grand title, followed by the titles that he had already held as the sovereign Duke of Nassau: “Grand Duke of Luxembourg, Duke of Nassau, Count Palatine of the Rhine , Count of Sayn , Königstein , Katzenelnbogen and Dietz , Burgrave of Hammerstein , Lord of Mahlberg , Wiesbaden, Idstein , Merenberg , Limburg and Eppstein ”. In liberal Luxembourg he stayed out of daily politics. In 1902 he appointed his son Wilhelm as governor, but reserved important government acts.

According to his own wishes, Adolph was first buried in the family vault at Hohenburg Castle. When the Grand Ducal sold the castle, he was reburied in the princely crypt of the Weilburg castle church.

From the marriage with Elisabeth Michailowna Romanowa (1826–1845), daughter of Grand Duke Michael of Russia :

The since 2000 as Grand Duke of Luxembourg reigning Henri of Nassau is the great-grandson of Adolph of Luxembourg.