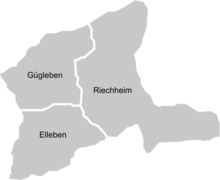 At the well by the church

The municipality of Elleben is located in the southern part of the Thuringian Basin on the western slope of the Riechheimer Berg, which forms the transition to the Middle Ilm Valley landscape protection area . The area is dominated by agriculture.

Elleben was first mentioned in a document on October 24, 1259. Until 1918 the place belonged to the sovereignty of the principality of Schwarzburg-Sondershausen .

Development of the number of inhabitants (always on December 31 of the specified year) :

With a population increase of almost 100% between 1994 and 2004, Elleben was the fastest growing municipality in the Ilm district during this period. The increase in the number of inhabitants is reflected exclusively in the Riechheim district. A new residential area was developed there, which attracted many people from the city of Erfurt , about 15 km away . In Riechheim, the population increased from around 150 to around 600, so that the place is now both the largest district of the community and the administrative community of Riechheimer Berg. 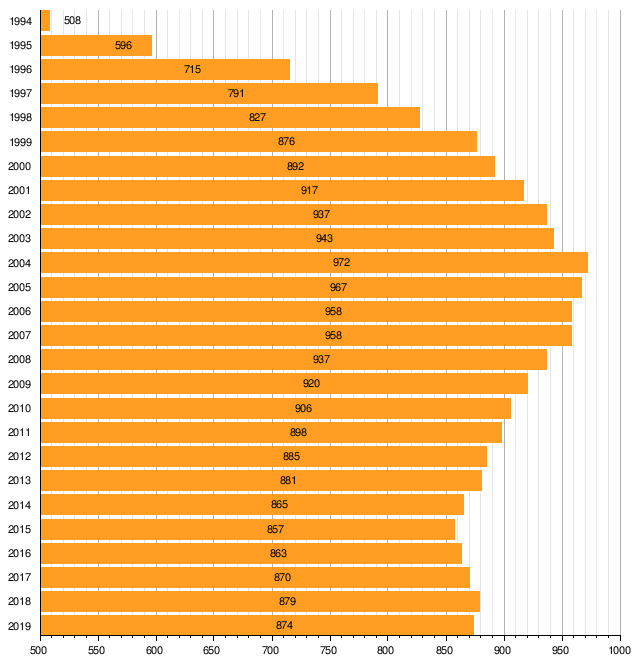 Since the local elections on May 26, 2019, the council of the Elleben community has consisted of 8 councilors, all of whom belong to the Riechheim-Elleben-Gügleben Free Voting Association. The SPD, which also appeared, could not occupy a seat.

The honorary mayor has been Rudolf Neubig since 2004, he was last confirmed in office in the election on June 5, 2016.

In Elleben, the baroque Elleben village church from 1729 is particularly worth seeing. A winged altar by Valentin Lendenstreich from 1498 and twelve figures of the apostles decorate this church . The first interior renovation has been handed down from 1884. The moon glass window from 1436, a circularly decorated church window, is still the attraction today.

The still existing male choir was founded in 1746 and emerged from the initiative of the Protestant choir.

The Evangelical Lutheran parish is part of the Elxleben parish .

Elleben has no rail connection and there is no federal highway in the area of ​​the municipality. The closest motorway junctions are Erfurt West and Erfurt East on the A4 motorway and Arnstadt Süd on the A71 . The nearest train stations are in Erfurt, Arnstadt and Kranichfeld.

Cities and communities in the Ilm district