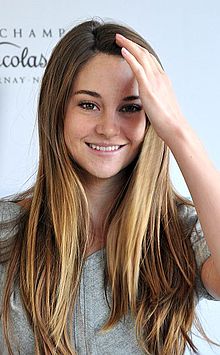 She started acting at the age of five. In addition to acting, she writes scripts, makes her own films or takes photos. She also enjoys trying extreme sports such as parasailing , bungee jumping, and stunt flying.

From 2008 to 2013 she played the role of Amy Juergens in the US ABC Family - youth series The Secret Life of the American Teenager . In the television series, she played an early 15-year-old who discovered she was pregnant.

In 2011, Woodley received critical acclaim for portraying the rebellious daughter of George Clooney in Alexander Payne's tragic comedy The Descendants . She won the Hollywood Spotlight Award for her portrait of 17-year-old Alex , was named Best Supporting Actress by the National Board of Review , was nominated for a Golden Globe for Best Supporting Actress and was named Best Newcomer at the 2012 MTV Movie Awards . At the 2013 Sundance Film Festival , she received the US Dramatic Special Jury Award for Acting for her role in The Spectacular Now - Perfect is now together with Miles Teller . In 2014 she took on the lead role in The Determination - Divergent , the film adaptation of the novel The Determination by Veronica Roth . She also assumed this role in the sequel. She also plays the role of the daring "Tris Prior" in the two sequels from 2015 and 2016. In The Amazing Spider-Man 2: Rise of Electro she was to have a brief appearance as Mary Jane Watson, but the scenes were cut from the finished film before it was released. In the film adaptation of John Green's youth book The Fate Is A Disgusting Traitor , she plays the lead role, Hazel Grace Lancaster, a 16-year-old cancer patient. For this role she received the MTV Movie Award 2015 for best actress.

On October 10, 2016, Woodley was arrested for trespassing on the Standing Rock Sioux Reservation as a participant in a peaceful protest demonstration against the proposed Dakota Access oil pipeline in Fort Yates, North Dakota, on the Standing Rock Sioux Reservation . She is on the board of directors of Our Revolution , an organization founded by Bernie Sanders during the 2016 US presidential campaign .

In 2017 she was accepted into the Academy of Motion Picture Arts and Sciences (AMPAS), which awards the Oscars every year. 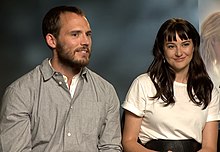