The campus of the CU Boulder

Alternative logo of the Colorado Buffaloes

The sports teams of the CU Boulder compete under the name Colorado Buffaloes in the Pacific-12 Conference . In addition to the college football team , the CU maintains bouldering teams in the following sports:

CU Boulder maintains over 30 other sports teams (so-called Collegiate Sports Clubs) that are not active under the name Colorado Buffaloes, e.g. B. cycling , water polo , lacrosse , field hockey , swimming , equestrian sports or fly fishing . Some of these teams play at the highest national level.

The football team plays its home games at Folsom Stadium . The Coors Events Center is home to basketball teams as well as women's volleyball. 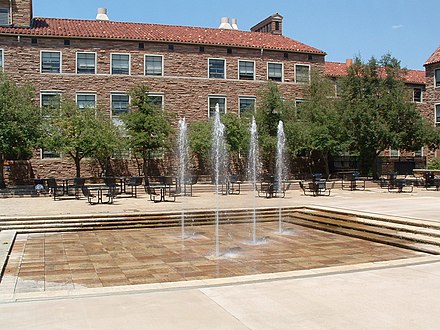 The Faculty of Chemistry 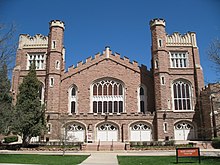