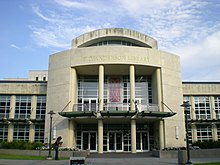 According to skin color:

The UH sports teams are the Houston Cougars . The university has been a member of the American Athletic Conference (previously Conference USA ) since 2013 .