History of the city

On September 29, 2013, the municipalities of Torre de Vale de Todos and Lagarteira were incorporated into the Vila Ansião.

History of the circle

Antas and other finds prove a prehistoric settlement at least since the Neolithic . Remains of fortified settlements have also been found from the Castro culture . The Romans who ruled here from the 2nd century also left a large number of traces, such as ceramics, coins and mosaics. The Roman road from Sellium (today Tomar ) to Conimbriga ran here. The Suebi conquered the area in the 5th century, which became part of the Visigoth Empire in the 6th century . From 711 the conquered Moors , the Iberian Peninsula and settled here.

Today's place was officially mentioned for the first time in 1175 , assumptions about 1142 first granted city rights could not be proven so far. In 1514 King D. Manuel I elevated the place to Vila (small town with administrative rights) and gave it its first documented city rights.

Ansião suffered severe damage during the Napoleonic invasions in the early 19th century.

The place was already noted as Ansiom in the first documented mention of 1175 . The name probably goes back to a Germanic proper name of a landowner and local ruler when the area was first conquered by the Suebi and then by the Visigoths.

A circulating legend, however, tells that the later canonized Queen Santa Isabel (1271–1336) gave alms to an old man in need (Ancião) on her journey through the country. The name of the city is derived from this.

As part of the regional reform in Portugal in 2013 , the municipalities of Torre de Vale de Todos and Lagarteira were incorporated into Ansião, which reduced the number of municipalities from eight to six.

The following municipalities ( Freguesias ) are in the Ansião district (the population as of June 30, 2011 in brackets): 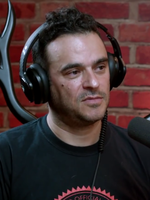