It is known for the eponymous monastery Batalha , the Mosteiro de Santa Maria da Vitória . It was built from the 14th to the 16th centuries and was added to the UNESCO World Heritage List in 1983. The Grutas da Moeda caves are also in the district.

In silver a continuous red cross with the Mother of God and the child. It is angled by four lily end crosses, which are diagonally in green and red. A four-tower wall crown rests on the shield . In the white band at the base of the shield, the place name in black letters "VILA DA BATALHA".

Batalha is about 10 km south of the district capital Leiria , about 20 km west of the pilgrimage site Fátima , and about 120 km north of the capital Lisbon . Much of the district is covered by forests, especially spruce and cork oak .

Front of the monastery

Finds in the circle prove a settlement back to the Paleolithic . The Roman town of Collipo, a city in the province of Lusitania , later existed near São Sebastião de Freixo .

After the revolution of 1383 there was a war for the Portuguese throne. On the afternoon of August 14, 1385 , the Portuguese troops emerged victorious from the battle of Aljubarrota against the outnumbered Castilian army, thus ensuring the independence of the Kingdom of Portugal . As a thank you for the presumed heavenly assistance, King D. João I promised to build a mighty monastery, the unfinished Batalha Monastery, built over several centuries . In connection with its construction, the king founded the city of Batalha ( Portuguese for battle) , starting from a small town already located here .

The legend of the Aljubarrota baker's wife

Azulejos with the legend of the Aljubarrota baker

In connection with the Battle of Aljubarrota, the legend of the Padeira de Aljubarrota , which is still popular today, arose : the baker of Aljubarrota. According to her, the baker's wife Brites de Almeida was in town at the time of the battle, while seven Spaniards fled the battlefield and hid in the baker's empty house. On her return, she found the front door locked, suspected, and searched her home for intruders. She finally found the seven Castilians in her oven, and shooed them out one by one to kill them one by one with her oven slide. Although historians pointed to a legend without historical evidence from the start, the episode, interpreted in a humorous and patriotic way, has survived to this day.

The following municipalities ( Freguesias ) are in the Batalha district: 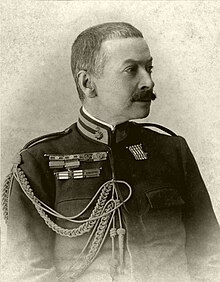