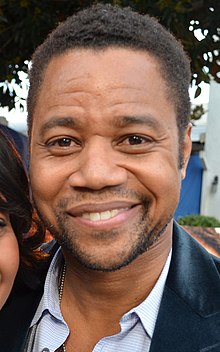 Gooding junior is the son of Cuba Gooding senior (1944-2017), the singer of the US R&B band The Main Ingredient and older brother of Omar Gooding . He uses the addition Jr. in order not to be confused with his father. His mother, Shirley Gooding, was a backing singer for the Sweethearts. Gooding Jr. has been married since March 1994 and has two sons (* 1994, * 1996) and a daughter (* 2005) with his wife.

Gooding Jr. learned Asian fighting techniques before choosing to act. He drew attention to himself through small roles in Hill Street Police Station and MacGyver , until he became known in 1991 through Boyz n the Hood . Gooding Jr.'s ultimate breakthrough came in 1996 with his role in Jerry Maguire, Game of Life , which earned him an Oscar for Best Supporting Actor . So far he has appeared in more than 80 film and television productions.

In 1999 Gooding Jr. produced the film A Murder of Crows . He made his directorial debut with Bayou Caviar from 2018.