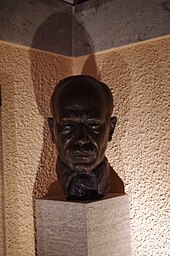 From 1909 he worked for the building department of the city of Essen until he was appointed to the Darmstadt artists' colony in 1911. At the same time he became adjunct professor . When the work of the artists' colony gradually came to a standstill after the outbreak of World War I , Körner returned to Essen in 1916, where he continued to work successfully as a self-employed architect.

His design for the synagogue in Essen is considered one of Körner's main works . The sacred building, damaged in the November pogrom in 1938 , was partially renewed after a detailed publication from 1914. The building, now known as the Old Synagogue , has served as a memorial and house of Jewish culture since 2010 . Because Körner was involved in this construction, he received a temporary building ban for the Gau Essen after 1933 as a "Jew friend" . His continued work was entirely due to his connections in the USA, in particular his relationships with Henry Ford from the time the Ford plant in Cologne was being built and with Hans Luther , the former Lord Mayor of Essen and later German ambassador to the USA.

Edmund Körner was a member of the Free German Academy for Urban Development as well as the Association of German Architects (BDA), the German Werkbund (DWB) and the Ruhr Architects and Engineers Association in Essen.

At the corner of Moltkestrasse and Camillo-Sitte-Platz in Essen's Moltkeviertel stands the residential and studio house he designed in 1928/1929, which he later only used as a studio and which has elements of brick expressionism and new building . Right next to it, on Camillo-Sitte-Platz, he built his house a little later.

Edmund Körner was buried in the park cemetery in Essen . 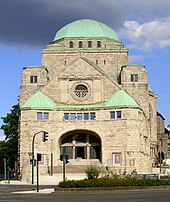 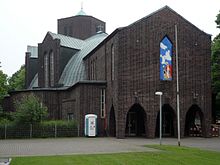 Parish Church of the Guardian Angel in Essen-Frillendorf