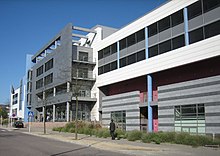 Mariana Kotzeva has headed the agency as General Director since March 1, 2018 .

Eurostat's mission is to be the leading provider of high quality statistics on Europe.

The main task of Eurostat is to process and publish comparable statistical data at European level.

Eurostat itself does not collect any data. That is what the statistical authorities of the Member States do. They check and analyze national data and transmit them to Eurostat. Eurostat's job is to consolidate the data and ensure that it is comparable; H. be created according to a uniform methodology. Eurostat is the only provider of statistical data at European level and the data released by Eurostat are harmonized as much as possible.

For example, if a true picture of unemployment in the EU is to be conveyed, the unemployed in Finland or Portugal must be recorded using the same procedure as in Ireland or Germany. Eurostat is therefore working with the Member States on a common methodology for this area or asks Member States to include certain questions in the questionnaires. The data from the Member States are then sent to Eurostat so that unemployment data can be published for the whole of the EU, which can be used to compare the unemployment rates between countries.

Eurostat also produces regional data for the EU and candidate countries. It uses the NUTS regional breakdown to compile the statistics. City statistics are also compiled as part of the so-called “Urban Audit” .

V
Directorates-General of the European Commission