Wilhelmshöhe Castle, Hercules in the background

Night shot of the castle

The Wilhelmshöhe Castle is located in the mountain park Wilhelmshöhe of Kassel . The castle , designed in the classicism style from 1786 to 1798 , was built for Landgrave Wilhelm IX. (from 1803 Elector Wilhelm I) erected.

It is internationally known for its current use as a museum , which contains, among other things, the collection of antiquities and the Old Masters Picture Gallery . The museum in the Weißenstein wing with the only remaining authentic rooms of the landgraves is also very important.

On June 23, 2013 the Bergpark Wilhelmshöhe with the castle was recognized as a UNESCO World Heritage Site.

View of Wilhelmshöhe Castle, painted by Johann Erdmann Hummel around 1800

At the site of today's castle has existed since the 12th century Augustinian canons -Stift and later Augustinian Monastery Weissenstein . Under Landgrave Philipp von Hessen , the monastery was secularized and then occasionally used as a hunting lodge. Philip's grandson, Landgrave Moritz , had a new hunting lodge built on the same site from 1606 to 1610. This was expanded to a considerable size under his successors. The original monastery complex fell victim to the new building.

Today's castle was built from 1786 to 1798 based on designs by architects Simon Louis du Ry (Weißenstein wing and church wing) and Heinrich Christoph Jussow (middle section) for Landgrave Wilhelm IX. Wanstead House and Prior Park in England are regarded as role models . The palace was planned and built as a three-wing complex that opened onto the park. The side wings are elongated, narrow structures with semicircular extensions on the narrow sides. The middle of the long sides are accentuated by risalits with eight freely presented columns each, which encompass both upper floors; completed by vase-crowned attics .

During the Napoleonic occupation from 1806 to 1813, the complex was renamed Napoléonshöhe . The castle served the King of Westphalia , Jérôme Bonaparte , after the Kassel City Palace, which was inhabited by Jérôme and his court, burned down in 1811, temporarily as a residence. During this time Charles-Louis-Napoléon Bonaparte , the nephew Jérômes and later Napoleon III, also visited the castle. The three previously free-standing buildings were connected by single-storey structures; these buildings were raised to their present height under Elector Wilhelm II by his court architect Johann Conrad Bromeis . Because of this and the lack of the original white version, the classicist building loses some of its filigree. In the associated castle chapel, Wilhelm's daughter Louise von Bose was confirmed in 1828 .

The palace was a regular summer residence of the imperial family from 1891 to 1918. It was also a retreat for Kaiser Wilhelm II during personal or political crises. After the Armistice of Compiègne in 1918, the castle was the seat of the Grand Headquarters for a short time .

In 1944 and 1945 the Royal Air Force carried out several air raids on Kassel . Wilhelmshöhe was bombed in February 1945. The dome-crowned central building of the palace was badly damaged by bombs, but fully equipped rooms on the park side remained intact, right up to the second floor. Since the end of the war, the building authorities have been negligent in securing the facility. With the stipulation of wanting to remove rubble, the central section was finally removed step by step to remove the remaining historical interior. Parts of the castle furniture can be found today in the Villa Hammerschmidt in Bonn. From 1961 the functionalist architect Paul Friedrich Posenenske oversaw the reconstruction; this was done partly in a simplified version and under the aspect of a primary use as an art museum. The rebuilding of the dome was also omitted.

During the German-German summit on May 21, 1970 the press center was housed in the castle. The French President Valéry Giscard d'Estaing visited the castle on his trip to Germany in 1980. 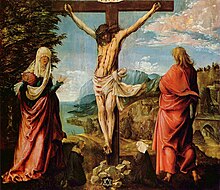 The church wing was largely gutted for use as the administrative center of the Kassel State Museums. The heavily damaged central building was repaired without a dome, window crosses or shutters, and today looks like a foreign body in the ensemble. The original room layout was not restored either. Instead of the dome, a glass roof was placed on the building to illuminate the paintings, which can still be seen from Hercules. The museum landscape Hessen-Kassel presents in the central building today:

Since the reconstruction of the palace after 1945, only the historic furnishings of the Weißenstein wing have remained, the rooms of which have been furnished according to historical models can be viewed. The wallpaper museum was also located here from 1948 to 1976 . Numerous pieces of furniture from the late 18th and early 19th centuries are shown on two floors. Numerous pieces of furniture have been preserved from the furnishings of the Louis-seize style and early classicism . Three of David Roentgen's desks alone are on display. From the time of Jérôme Bonaparte there is a large collection of Empire furniture by Bernard Molitor , bronzes by Pierre-Philippe Thomire and porcelain from Sèvres . In addition to numerous paintings by Johann Heinrich Tischbein the Elder , seven hunting pieces by Jean-Baptiste Oudry are also on display.

Castles and palaces in Kassel