Syfy (until July 7, 2009 Sci-Fi Channel ) is an English-language television station from the United States that broadcasts and produces science fiction and horror films and series as well as reality shows . The station's name is a homophone to sci-fi . 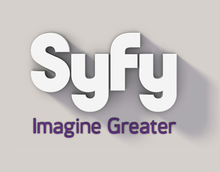 The logo of some of the European Syfy branches 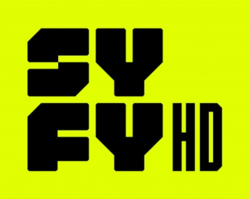 Syfy broadcasts in different countries in their national language (as a pay TV channel ). For example in

Syfy Films is a joint venture between Syfy and the film studio Universal Pictures, founded in 2010 . The first planned production announced in October 2011 was a film adaptation of the superhero series Wild Cards published by George RR Martin .

Syfy can be received in Germany via the pay TV provider Sky , the cable network operators Vodafone Kabel Deutschland , Unitymedia , PŸUR and NetCologne . The television station can also be accessed via IPTV from Deutsche Telekom and Vodafone .

In Austria and Switzerland the channels Sky, UPC Austria , A1 Telekom Austria , Teleclub , Swisscable and UPC Cablecom have the TV channel Syfy in their programs.