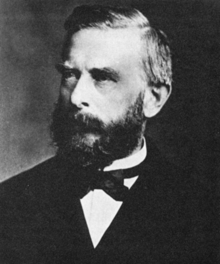 His parents were Hartwig Peters (1784–1848), pastor in Flensburg since 1825, and his wife Catharina Paulina Böckmann (1790–1878). From 1834 he studied medicine and natural history, first at the University of Copenhagen , then at the Friedrich Wilhelms University in Berlin . After receiving his doctorate in 1838, he went on an 18-month research trip with Henri Milne Edwards through the countries bordering the Mediterranean.

After returning to Berlin, he became an assistant to Johannes Peter Müller , a German physiologist and marine biologist . With the enthusiastic support of Müller and Alexander von Humboldt , he worked out plans for a large-scale research trip to Africa. In September 1842 he first traveled to Angola , in June 1843 he arrived at the actual destination of his journey - the interior of Mozambique . In addition to these countries, he also traveled to Zanzibar , the Comoros and Madagascar during his four-year stay in Africa . In South Africa he recovered from an illness that he had suffered during the expedition. In 1847 he traveled back to Berlin - via India and Egypt - with a large collection of newly discovered animal species. He published his research results in four volumes under the title Scientific trip to Mossambique .

In 1847 he became a prosector at the anatomical institute of Berlin University, and in 1849 an associate professor there. In 1856 he became assistant to the director of the University's Zoological Museum , Martin Hinrich Lichtenstein , and after his death in 1857 he took over the post of director. Under his leadership, the collection increased considerably (the collection of reptiles grew from 3700 to 10,500 specimens) and became one of the most important in the world, alongside those in Paris and London. Peters also followed Lichtenstein in the position of director of the Berlin Zoological Garden . He was the zoo director from 1857 to 1869.

Wilhelm Peters had three other brothers, of whom Eduard Peter Matthias Peters (* 1812; † 1873) became a senior court attorney in Meldorf , who established the "Nanny Peters Foundation" in Meldorf. His brother Christian Heinrich Friedrich Peters became professor of astronomy and director of the observatory at Hamilton College in Clinton ( New York , USA ) in 1858 and Otto Nikolaus Henning Peters (* January 7, 1819, † 1905) later became provost in Flensburg and had his pastoral position in the St. Marien church in Flensburg. The youngest brother, Hartwig Peters, worked as a merchant in Messina (Sicily).

Directors of the zoological garden and animal park in Berlin