The Höhere Graphische Bundes-Lehr- und Versuchsanstalt (HGBLuVA) in Vienna is a vocational college for professions in visual communication and media technology in Austria . In common parlance it is usually called "the graphic one" .

The HGBLuVA was founded in 1888 and is the only one of its kind in Austria. Here pupils and students of the four departments are trained in complementary subjects in visual communication: In the department of graphic and communication design, visual concepts are developed and designed for clients from business and culture; in the photography and audiovisual media and multimedia department, realizes the pictorial implementations required for this or creates independent pictorial works; and in the printing and media technology department, print products are brought together and planned and implemented in terms of reproduction technology .

According to a resolution of March 14, 1887, the City Council of Vienna made three floors of the municipal building in Vienna VII, Westbahnstraße 25, available to the former Schottenfelder Realschule for the establishment of a kk teaching and research institute for photography and reproduction processes . This school, founded and run by Josef Maria Eder , opened on March 1, 1888 with 108 students. In the next school year the number of students rose to 174. In 1890, Eder placed a Wothly solar camera on the roof.

From 1897 onwards the name Graphische Lehr- und Versuchsanstalt came into being . In 1906, Emperor Franz Joseph granted the school the designation "Imperial and Royal" in the title and the Republic of Austria confirmed this distinction when the Federal Chancellery approved the school to use the national coat of arms.

On August 27, 1887, the GLV was "deigned to approve the activation of this teaching and research institute in Vienna with the highest resolution on March 1, 1888". The aim of the institute was the »training of specialist photographers, retouchers, collotype printers, photolithographers, etc., the instruction of artists, scholars and technicians who want to learn photography as an auxiliary science, as well as the testing of apparatus, chemicals and the implementation of independent scientific investigations on the Areas of Photochemistry and Related Subjects «.

The school consisted of two departments (the Institute for Photography and Reproduction Processes and the Research Institute), and in 1891 the Committee of Book Printers and Type Foundrymen indicated the urgent need to add a department for book printers to the school. In 1897 an additional section for the book and illustration trade was opened, the school called "KK Graphische Lehr- und Versuchsanstalt" was now divided into four sections:

In 1908 the graphics department was established on the top floor of the neighboring house at Westbahnstraße 27. The two houses were connected by a spiral staircase, which is still installed in the courtyard at the current location on Leyserstraße.

Women in the graphic teaching and research institute

From 1908 women were also officially admitted. For the period from 1888 to 1918/19, a total of 718 female students at the Graphische were identified on the basis of the largely preserved class catalogs. Due to changes and new requirements in the job description, the proportion of women is still growing today, so that in some classes it exceeds two thirds. 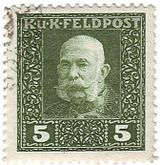 In 1916 the school statute was changed: all-day lessons with photography internship in the 1st and 2nd courses as well as a war disabled training were introduced and a drawing school was also affiliated.

After the First World War, the school was renamed several times:

The school in the time of National Socialism

The " connection of Austria " to Germany resulted in organizational restructuring: semesters were introduced and the GLV was to be made a lower level of a college of the graphic arts planned in Leipzig.

In 1939 the school became a state graphic teaching and research institute . Up to this point, two thirds of all Austrian postage stamps had been designed and engraved in the Graphische.

In the course of further school reforms, the university entrance qualification was acquired with the completion of the now five-year “higher”. In 1967, due to a lack of space, the Westbahnstrasse was moved to the new Carl Appel building in Leyserstrasse.

On May 22nd, 1963 the foundation stone was laid for the new school in the 14th district in the Breitenseer Straße, Leyserstraße and Spallartgasse area ( Theodor Körner command building ). In 1967 the move to the new building began and in 1968 the official opening coincided with the 80th anniversary of the school.

In 1963/64 the first year of the five-year high school for reproduction and printing technology began. There was also a four-year technical school.

With the advent of personal computers and their use in the graphics industry, a change only begins with typesetting and later with image processing. In 1984, with the market launch of the Apple Macintosh and its increasingly widespread use, the desktop publishing revolution followed, which has changed the job description of the lithographer , typesetter , layout artist and draftsman to this day. Complex, multi-day work processes are shortened to a few hours: all work that was previously distributed over several workstations is usually only carried out digitally on a computer or networked workstations, from the draft to the final electronic drawing as a PDF file .

In 1988 Graphische celebrated its 100th anniversary. The rapid development of technology shaped school life in the 1980s, as did the rapid advance of offset printing - albeit at the expense of letterpress printing. In reproduction technology, scanner technology for the production of color separations experienced an upswing.

Due to renovation work on the building in Leyserstraße, the management and the photography, multimedia and graphics departments moved to an alternative location in Vienna's first district at Schellinggasse 13. After the work was completed, the school was relocated back in February 2008.

There are four branches of training:

In the “higher”, training in all four branches lasts five years and ends with a Matura (matriculation examination). In the printing and media technology branch, it is also possible to graduate without a Matura in a “technical school” after four years, which deals more intensively with the craft.
In addition, a two-year “college” (vocational training after the Matura) for graphic and communication design , printing , photography and audiovisual media and multimedia is offered. In the “evening college”, after three years of work, students have the opportunity to acquire a degree in graphics and production .

The “Printing and Media Technology” department at the Höhere Graphische Bundes-Lehr- und Versuchsanstalt is in principle based on the training model of an HTL, but the only training facility in Austria in the field of printing and media technology.

Graduates from the printing and media technology department work in printing companies, publishing houses, advertising agencies and in the supply industry:

In addition to the focus on practical work, the "Graphic and Communication Design" department offers comprehensive, also theoretical training in the field of visual design, which leads to a versatile communication designer.

The focus of the training is equally on several aspects:

The importance of graphics for their time is reflected, among other things, in the personalities who worked there as teachers or who attended school.