This article is about the German actor. For the series see Paul Kemp - no problem .

Paul Kemp in the 1920s, pencil drawing by Egon Wilden 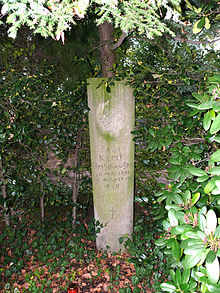 The son of a musician first began to study architecture, but then - together with Gustaf Gründgens - took private acting lessons with Louise Dumont in Düsseldorf, where he also made his theater debut. He later stated that he had been inspired to become an actor through visits to Cologne's Hänneschen Theater , a puppet theater. Engagements at the Hamburger Kammerspiele under Erich Ziegel and to Berlin followed. There he found his way to film in 1930, in which he quickly rose to become a sought-after character comedian. Kemp's specialty were bizarre everyday people with slightly mischievous humor, who were often juxtaposed with dominant female roles (including Lucie Englisch ) to form a buffo couple. In this character subject , Kemp demonstrated a wide range, ranging from the honest petty bourgeois to the tragicomic dreamer. He played in Pabst's Die Dreigroschenoper (1931), Fritz Lang's M (1931), in the opera film The Bartered Bride (directed by Max Ophüls ) and the title role in Charley's Aunt (1934). He was also able to demonstrate his versatility in Reinhold Schünzel's Amphitryon - Happiness Comes Out of the Clouds (1935), in which he embodied both the sensitive messenger of the gods Mercurius, who was weary of the human race, and the unkempt, uneducated and incomprehensible servant Sosia . Fita Benkhoff took over his dominant female counterpart , the other double role of Amphitryon and Jupiter himself Willy Fritsch .

The post-war years offered Kemp's acting talent few challenges, the roles became smaller. On August 13, 1953, Paul Kemp, only 57 years old, died in the University Hospital in Bonn as a result of a ruptured appendix. In his funeral speech, fellow actor Albrecht Schoenhals said:

“A laugh has died! Paulchen Kemp is no more! As 'Paulchen' he helped to shape part of the happy side of the German soul. There were critics who placed him between the great clown Grock and the wonderful comedian Charlie Chaplin . But he had his own rank. The humor that came from the heart and flowed in the heart was stored above his comedy: the mature, wise and kind smile of a whole person who was basically very serious. "

Kemp's ivy-covered grave is in the castle cemetery of Godesburg ; the tombstone is adorned with a relief by Kemp and the words “Filmschauspieler”.

In 1978 the Bachstrasse in Bad Godesberg, where his parents' house is located, was named after Paul Kemp.

The German Film Museum in Frankfurt am Main bought Paul Kemp's estate at auction and is preparing it for an exhibition about the artist.