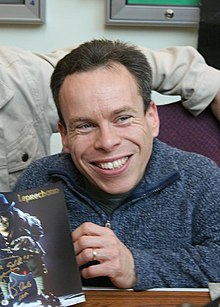 Davis' first film appearance was that of the Ewok Wicket, a kind of upright bear being, in Return of the Jedi alongside Princess Leia. Less well known is that he own film as a wicket with the support of during the production of the film Star Wars -Assistenzregisseur David Tomblin made, but was not released. Davis resumed his role of wicket for the Ewok films. He had to accept that he did not appear in the credits for some roles in the Star Wars films .

Davis' roles often require an immense amount of masking, sometimes even a full-body mask , so that despite his many roles and films, his face is unknown to most viewers. He was seen without a mask as the title character from the film Willow and as Oberon in the award-winning drama Ray .

His best-known roles include the professor Flitwick and the goblin Griphook from the Harry Potter films, the murderous leprechaun from Leprechaun and its sequels and the depressed Android Marvin from the movie The Hitchhiker's Guide to the Galaxy . The robot's original English voice was not Davis's, but his compatriot Alan Rickman's . Davis tried his hand at rapper on the Leprechaun in the Hood soundtrack .

Davis is still one of the busiest short actors today . In addition to his acting career, Davis is the co-founder and owner of a talent agency called Willowmanagement, which originally specialized in the placement of small actors between three and five feet (91 to 152 cm) in height, but now also arranges actors who are the exact opposite, namely at least 7 feet (around 213 cm) tall. His clients included such well-known names as Kenny Baker , who played the robot R2D2 in the Star Wars films. In 2013 he played the Emperor / Porridge in the episode Nightmare in Silver of the British sci-fi series Doctor Who .

Davis also stars on British television in the sitcom Life's Too Short , written by hit writers Ricky Gervais and Stephen Merchant (best known for The Office and Extras ). As with The Office , this is a mockumentary ; Warwick Davis plays himself in it. In 2017 he was accepted into the Academy of Motion Picture Arts and Sciences , which awards the Oscars every year.