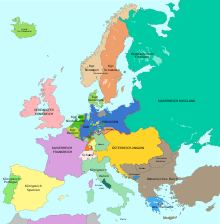 Numerous films, novels and computer games are about the Civil War (1861-1865). The most famous films include: