This article covers the mile length measure. For other meanings, see mile (disambiguation) . 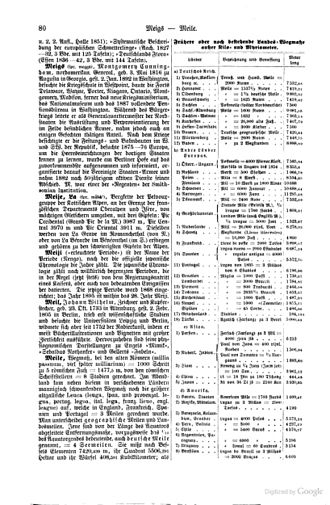 The mile is a unit of length outside of the International System of Units .

The most common units today are the nautical mile (1852.0 meters) and the English statute mile (1609.344 meters). In Germany, the German mile or land mile (7532.5 meters) and the geographic mile (7420.44 meters, defined as the fifteenth part of an equatorial degree) were valid until the late 19th century . In the pre-metric-metric transition period, a German mile of 7,500.0 meters was also calculated.

Before the conversion to the metric system (in most countries around 1840–1870) there were around 60 definitions in Europe alone with lengths between 1.5 and 11 kilometers.

In the Roman Empire , five foot lengths (Latin pes ) corresponded to the length of a double step (Latin passus ), i.e. a full cycle of steps consisting of two successive steps. A thousand double steps were referred to as the mille passus “a thousand steps” (singular, one mile) or milia passuum “thousands of steps” (plural, several miles); the Roman mile was therefore around 1.5 km. From the abbreviated form milia , the word “die Meile” originated in German (from neuter plural became feminine singular), in other languages mil, miil, mijl, mila, milja or mile. The milestone (lat. Lapis milliarium or miliarium for short ) indicated distances from now on.

The most common old English mile was called the London mile, the new British mile or statute mile. It was the basis of horse racing , and it was at this distance that the Epsom Derby was held in 1780. Around 1784 the distance was increased one and a half times, and it is still run today.

The unit of length leuge , formerly used in Europe and Latin America , is occasionally translated as “mile”, for example in the title of Jules Verne's novel 20,000 Leagues Under the Sea .

Many miles and related units (leuge, league, legua) were specified as simple multiples of an arc minute of the equator or a meridian . The historically diverse nautical miles are all in the range of a minute of arc. The German geographic mile was also defined as the fifteenth part of an equatorial degree.

1929 was agreed internationally to the now commonly used in shipping and aviation for distances mile , English nautical mile, NM abbreviated.

In 1959 the length differences existing in the English-speaking countries were abolished by international agreement, since then the English mile , country mile or statute mile has been used in Anglo-American countries , for example in the unit miles per hour (mph = miles per hour ).

Wikisource: Law concerning the amendment of the order of measure and weight for the North German Confederation of August 17, 1868. From December 7, 1873.  - Sources and full texts