The Snowboard Association Germany e. V. (Snowboard Germany) is the professional association for snowboarding in Germany founded on November 22nd, 2002 . The association is based in Planegg, southwest of Munich .

The German Snowboard Association continues its activities as the largest and most important snowboard club in Germany. The self-image of the GSA changes insofar as it recognizes the SVD as the responsible association for snowboarding in Germany and gives up all ambitions to be considered a separate association. In agreement with the SVD, the GSA is committed to mutual support between the new association and its most powerful club to promote snowboarding on a national and international level.

“The SVD wants to be the common roof for all snowboarders in Germany, for all freeriders, freestylers, racers and boardercrossers, from popular sports to teaching to top-class sport. The SVD sees itself as a point of contact for industry, business and tourism in all matters relating to snowboarding. It should serve as a mouthpiece for snowboarding both internally and externally. " 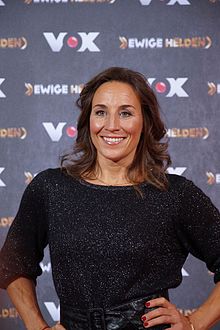 The association also offers national racing series and organizes the respective German championships. The association's task is to promote snowboarding in all areas: from popular sports to teaching and professional sports.

Snowboard Germany is the umbrella organization for all freeriders, freestylers, racers and boardercrossers.

The German Race Series, GRS for short, is a junior racing series by Snowboard Germany. The slalom and giant slalom disciplines start with two rounds each. The racing series is open to all interested snowboarders, membership of a club is not necessary for participation. The German Race Series starts in the age groups U12, U15 and Open. At all tour stops, points can be collected for the German ranking list, from which the German youth champions are determined.

The Junior Freestyle Tour, or JFT for short, is the youngest junior racing series from Snowboard Germany. It was launched in the 2017/2018 season as the successor to Flying Potatoes. It covers the freestyle area of ​​the association. The disciplines big air , slopestyle and halfpipe , in the age groups U12, U15 and Open.

The NOBILE sbxTrophy is the oldest racing series from Snowboard Germany. The snowboard cross series took place for the first time in the 2008/2009 season. As with all Snowboard Germany racing series, anyone can participate. The start is in the age groups U12, U15 and Open. The state championships of the states of Baden-Württemberg and Bayer are held as part of the sbxTrophy. The junior FIS races and the German junior championship are also integrated in the snowboard cross series.

The foundation of the SVD is formed by the state ski associations, which are full members of the SVD with their member clubs and their members. These currently include: