The Städtische Wessenberg-Galerie is an art museum in Konstanz on Lake Constance .

It concentrates on the implementation of temporary exhibitions. The focus is on art of the 19th and 20th centuries from southwest Germany and the Lake Constance area. In addition, excerpts from the entire holdings of the Wessenberg collection are shown in a small permanent exhibition, as well as works by the artist Hans Meid that change every year in the "Hans Meid Kabinett" .

The gallery is located in the rooms of its founder Ignaz Heinrich von Wessenberg , it is integrated as an independent institution into the cultural center at the Münster and is one of the four “Municipal Museums of Constance”. In 2014 it had almost 20,000 visitors.

Creation of the collection

The gallery goes back to the legacy of Ignaz Heinrich von Wessenberg, the last administrator of the Diocese of Constance . When he died on August 9, 1860, he left the city of Constance his collection of 357 copperplate engravings and 77 lithographs - "for the purpose of teaching drawing students" - as well as his extensive library. The focus of the copper engraving collection is on "reproduction engravings based on famous Italian paintings"

He left his equally impressive collection of paintings to the Grand Duke Friedrich I of Baden - with the intention that it would be transferred to the Großh. Gallery (today: Staatliche Kunsthalle Karlsruhe ) integrated, and with the condition that the Grand Duke may have 20,000 guilders paid out for "mild institutions" that he has designated. Friedrich I declared himself ready to do so in August 1860, but ordered that the collection should remain in Constance "for popular education purposes". He agreed with the city that the copper engraving and painting collections should be made accessible to the public, creating the city of Constance's first museum.

Von Wessenberg mainly assembled his collection during his numerous trips. There are many Italian and Dutch masters in it. The themes are mostly of a religious nature, but also landscapes, genre pictures, portraits and the like. a. represented.

Expansion of the collection

In the catalog of the painter Joseph Moosbrugger (he was the first “conservator” to look after the collection) from 1866, 132 works were named. The legacy of Daniel Cornelius Gesell , the curator from 1879 to 1888, comprised his hand drawings with self-portraits, figure and animal sketches and landscape scenes. It went to the Städtische Wessenberg-Gemäldegalerie and was first exhibited in 1979/1980.

In addition to acquisitions, the collection was expanded primarily through foundations. In 1898, a citizen of Constance bequeathed two valuable paintings to the city ( courtship by Gerrit van Honthorst and Lot and his daughters by Jan Steen ). In 1904 the trade school in Konstanz donated drawings and designs by the baroque sculptor Joseph Anton Feuchtmayer . 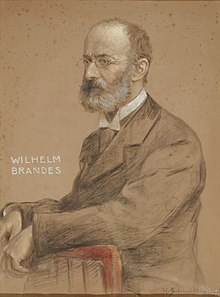 Rejuvenation of the stock

But there were also setbacks. In 1908 an employee of the Karlsruhe gallery judged the collection negatively: A large part of the works, with the exception of the Italian, Dutch and German paintings, should "disappear" in order to gain space for better works. Delayed by the First World War , this was only carried out in 1924 by the then director of the gallery, Heinrich Schmidt-Pecht : 78 works were sold. The proceeds could be used to acquire current works - u. a. Grandparents with granddaughter of Hans Breinlinger and portrait of the dancer Kogan by Walter Waentig . Up until the Great Depression in 1929, some - today important - works by Lake Constance artists could be purchased.

Confiscations during the Nazi era

During the time of National Socialism , works by Waldemar Flaig , Karl Hofer ( landscape in Ticino ), Hans Purrmann ( Italian landscape ), Hans Breinlinger ( parents with daughter ), Adolf Hildenbrand and Kasia von Szadurska were removed from the inventory as so-called “ degenerate art ” and sent to Berlin. The few acquisitions made during this period were in line with the National Socialist conception of art (such as the portrait of the fisherman Leopold Wenk by Willi Münch-Khe ).

After the turmoil of the Second World War , senior building officer Huebinger brought the stocks back together. The gallery could not be reopened until May 27, 1950, when the painter Hans Breinlinger was the conservator. He died in 1963 and bequeathed a large part of his artistic estate (88 paintings and drawings) to the city.

Incorporation into the municipal museums in 1991

The Wessenberg-Galerie was run on a voluntary basis until 1990, the city of Konstanz only paid a half-time secretary and the exhibition budget. Since the exhibition work required increasing professionalism, it was decided to add the gallery as a department to the existing municipal museums, which took place in 1991.

Barbara Stark has been running the gallery since 1994. She tries to supplement the collection with works of sculpture, graphics and paintings from the Lake Constance region and southwest Germany. Donations and profits made by the “Friends and Patrons of the Kulturzentrum am Münster e. V. ”by running the museum shop, helping to expand the collection. The collection now includes around 7,000 paintings, drawings, graphics and sculptures. In addition to the above, z. B. also represented the artists Adolf Dietrich , Hans Purrmann and Rudolf Wacker .

Kulturzentrum am Münster: Entrance to the Städtische Wessenberg-Galerie (left afterwards)

Von Wessenberg's impressive Domherrenhof - located opposite the Konstanz Minster - was initially rented by the city after his death in order to be able to set up the gallery in his former living quarters. In May 1865 the building was bought by the Großh. Hofdomänenkammer can be purchased for 12,000 guilders - on condition that the collection of paintings be exhibited there. The building was probably put together from two previous buildings in the Baroque period and later given a late Classicist facade. In the rooms there are references to earlier times: door frames with the name of the canon Johann Wolfgang von Dienheim (he lived in the house from 1612 to 1617), stucco ceilings , a wooden coffered ceiling , Renaissance tendril paintings .

In 1959 the gallery was closed - the rooms were needed by the city library, which was originally only housed on the second floor. In 1968, a modest room (50 m²) on the ground floor of the neighboring house was again dedicated to the Wessenberg Gallery.

This inadequate accommodation of the gallery led to the establishment of the interest group “Friends of the Wessenberg-Gemäldegalerie” in 1986 with the aim of re-establishing the gallery in its original location. Thoughts followed as to where the library could be housed, which ultimately led to the planning of a cultural center at the cathedral. This unites other houses on the corner of Münsterplatz / Katzgasse with Wessenbergs Domherrenhof. Additional functions are integrated: the art association, the city library, the adult education center, and a café / restaurant. In 1998 the "Kulturzentrum am Münster" was opened.

Today the gallery has the entire first floor of the Wessenberghaus as well as some rooms on the second floor (approx. 250 m²). There is also a museum shop in the entrance area of ​​the cultural center, through which you can now access the Wessenberg Gallery. All rooms are wheelchair accessible.

since reopening in 1998 (selection)

The work contains u. a. the following chapters, which - among other sources - served as the basis of this article: