Ílhavo is a city ( Cidade ) and a district ( Concelho ) in Portugal . It is located in the Aveiro district , in the north of the Centro region .

Ílhavo's history is closely linked to the sea. Probably from 1372 BC. Chr. The first time Phoenicians , Greeks and probably northern European Sea Peoples in the mouth of the Rio Vouga sailed in and there are the first settlements established. Later Romans also frequented this place . For their part, the fishermen of Ílhavo are considered to be the founders of various localities (e.g. Cova-Gala near Figueira da Foz ). The current place name appears for the first time as villa iliauo in writings from the Sé Cathedral of Coimbra , which date from the years 1037 to 1065, after the final reconquest from the Moors .

There are no documents about the exact establishment of the Ílhavo County. It already existed in 1095. The city was first granted city rights (Foral) by King D Dinis in 1296.

In 1824 the Vista-Alegre -Manufaktur was founded here, which became famous for its glass and porcelain production. In the course of the various administrative reforms after the Liberal Revolution in 1822 , the independent Ílhavo district was confirmed in 1836, but dissolved in 1895 despite protests from its citizens and joined to Aveiro. After constant efforts, the district was restored in 1898.

As a result of its development, the previous small town ( Vila ) Ílhavo was elevated to a city ( Cidade ) in 1990 . In 2001 Gafanha da Nazaré also became a town, but remained a municipality in the Ílhavo district.

The nationally and internationally best known attraction for visitors is the museum and the historical factory area of ​​the Vista Alegre porcelain factory. The sandy beaches are also a major attraction, especially on the Costa Nova with the characteristic colorful wooden houses.

Ilhavo part of the speech Nacional de Arte Nova Município , a grouping of locations in Portugal, by particularly numerous and striking buildings of the Art Nouveau ( port. Arte Nova) excel. The most famous examples in Ílhavo include various town villas, such as the ornate Villa Africana .

The Museu Marítimo de Ílhavo is dedicated to the regional fishing and marine history. The last completely preserved towing vessel of the stockfish fishing fleet can be seen there.

Historically, arte xávega was an important form of fishing all along the Portuguese coast, and particularly in the local region. Nets were brought from the beach to the sea and pulled ashore with the help of ox carts. Even today this species is occasionally practiced here and is considered a tourist attraction.

Ílhavo is the seat of a district of the same name. The neighboring districts are (starting clockwise in the north) Aveiro and Vagos . The circle is split into three parts by the arms of the Ria de Aveiro . The following municipalities ( freguesias ) are in Ílhavo County: 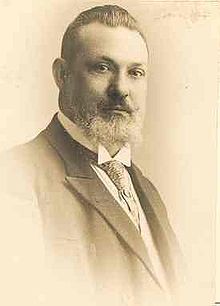