After the death of Gisulf II , his son Liutprand becomes Duke of Benevento . His mother Scauniperga took over the reign until 756 . 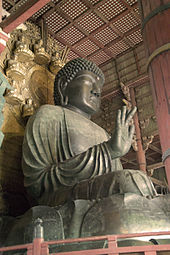 The Daibutsu in Tōdai-ji