from Wikipedia, the free encyclopedia
This is the spotted version , flagged on December 31, 2019 . There are 4 pending changes that have yet to be viewed.

This article deals with regular services as the regular means of transport. For the form of voice communication of the same name, see there. For tourist traffic, see charter traffic . 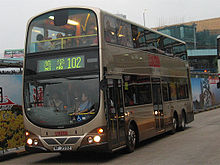 Line traffic is Transportation a regular transport connection , by means of lines for the transport of persons or freight is used.

Scheduled services are available for passengers in road traffic (e.g. trams , trolleybuses , omnibuses ), in shipping ( liner shipping such as ferries ) and in air traffic ( scheduled flights ). In air traffic, scheduled traffic is a regular service to two linked flight destinations . Freight is transported by freight trains , cargo ships or cargo planes . Scheduled services are fundamental components of public transport ( passenger and freight transport ). Especially in transport ( public transport ) and in freight traffic with cargo of shipping service has been established.

The counterpart of the regular traffic are the demand traffic , charter traffic and occasional traffic .

A kind of regular service came up in the 14th century with the introduction of the market ships, which were specifically used to transport people and goods to the respective market . They were already running according to the schedule. First market ships of this type are attested for Constance (1368), Arbon (1380), Lindau (1383), Schaffhausen (1394) and Bregenz (1416). At the same time, pilgrim galleys ran regularly from Venice via Rhodes to Jerusalem . Venice was also the starting point for ships of the line to Africa around 1415. Little used in the 15th century, shipping developed in the 16th century. This was a liner service with regular trips regardless of cargo demand. Such beurtschips ( Dutch beurtschip ; “barge”) went from Amsterdam to Dordrecht, Antwerp, Zealand, Ghent, Brussels or Deventer. The return voyage ( Dutch beurtvaart ) was a form of shipping in which passengers, cargo and cattle were transported on a fixed route according to a schedule. 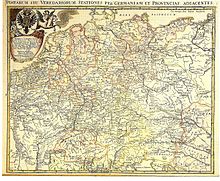 Scheduled line traffic developed in the postal traffic of the 16th century for people and messages, which is considered the first organized public transport. In England , regular cab services were established in 1605 ( English Hackney Hell Carts ), the number of which had risen to 6,000 by 1635. In 1610 the first English stagecoach drove , which not only carried mail but also passengers. In 1623 Johann Maurenbrecher set up a privately organized mail service in Düsseldorf via Duisburg to Wesel. Stagecoaches drove for the first time in France in 1630 for the purpose of passenger transport, which made travel much easier for women, children, the elderly and the sick. The first German mail coaches ran regularly between Leipzig and Hamburg around 1660, from Leipzig to Dresden from 1683, and between Leipzig and Nuremberg in 1684. From 1750, stagecoaches became the most important means of transport in overland traffic.

In June 1816 the "Lady of the Lake" was the first steamship to operate regular services between Hamburg and Cuxhaven. In 1834 Scott Russell constructed a steam carriage ("Lokomobil") for the Scottish Steam Company for 26 passengers, which was used on the regular service between Glasgow and Paisley. The first steamships began regular service on extensive rivers such as the Thames and the Rhine . In October 1825, the Preussisch-Rheinische Dampfschiffahrt-Gesellschaft (PRDG) was constituted in Cologne and was granted a navigation permit in June 1826. In May 1827, the PRDG, as the legal predecessor of today's Cologne-Düsseldorf Deutsche Rheinschiffahrt, commenced operations in passenger and express freight services on the route from Mainz to Cologne. In November 1831 the "Leopold" began her regular service with a trip to Überlingen and Ludwigshafen. In 1835 more than 100 steamers sailed the Thames. The "Great Western" was the first steamship to cross the Atlantic in April 1838. In 1850 there were 40 steamship lines in the Netherlands.

After the Cunard Line had started shipping liner service from Liverpool to Boston in May 1840, the Hamburg-American Packetfahrt-Actien-Gesellschaft ("HAPAG") started liner service with the "Deutschland" between Hamburg and New York in October 1848 . In April 1860 the legendary Pony Express started as a regular mail delivery service from Saint Joseph (Missouri) to Sacramento in California . The 3100 km long route was overcome by a relay system with 153 intermediate stations ( English stations ).

In May 1881, the first publicly operated electric tram , designed by Werner von Siemens , was in regular service in Berlin-Lichterfelde . The German Levante Line began shipping routes with the eastern Mediterranean in June 1890.

The systematic air service began on April 6, 1919 with the first airmail route to Weimar, the meeting place of the first National Assembly, which quickly remained connected to the then troubled Berlin. Air service over the Pacific began in 1935, over the North Atlantic in 1939. The Australian Qantas made the first non-stop flight over the Pacific from Sydney to San Francisco with a Boeing 707-338B on March 7, 1965 in 14 hours and 33 minutes. The Concorde has been in regular service since May 1976, but stopped its regular service in July 2000.

Authorization document for a regular service with motor vehicles (2019)

Scheduled traffic has a legal definition : According to § 42 sentence 1 PBefG , scheduled traffic is “a regular traffic connection established between certain starting and ending points, on which passengers can get on and off at certain stops . It does not require that there is a timetable with specific departure and arrival times or that intermediate stops have been set up ”. For regular services consulted in accordance with § 42a PBefG and the long-distance passenger traffic and in accordance with § 43 PBefG of commuter traffic ( workers than commuting between home and place of work ), student trips with school buses , market tours and visits to the theater ( special regular services ). The authorization for passenger transport required according to Section 9 (1) PBefG also extends to the approval of the timetable, the transport tariffs and the transport conditions . On-demand or occasional traffic (charter traffic) is, according to Section 46 (1) PBefG, the transport of people in motor vehicles that are not regular services according to Sections 42, 42a and 43 BPBefG.

Local public transport within the meaning of Section 2 RegG is the generally accessible transport of people by means of transport in regular services, which are primarily intended to meet the demand for urban, suburban or regional transport.

In the StVO , regular traffic is particularly taken into account, whereby buses are to be allowed to re-enter the flowing traffic and, in accordance with Section 27 of the StVO, in the course of the association rule, they must be allowed to drive past .

Scheduled traffic orients its capacities (size of the means of transport such as minibuses or large-capacity aircraft ) less on demand than, due to the basic supply, mainly on timetables. A transport company that opts for regular services undertakes to carry out the trips announced in the timetable in the respective planning period, regardless of the actual demand. This results in strong fluctuations in the degree of capacity utilization , which can range from underemployment (in the worst case: “empty trip”) to full or even overemployment . The degree of occupancy in passenger traffic is measured by the seat occupancy ( trains , buses , passenger ships ) or the seat load factor ( passenger aircraft ), in freight traffic by the load tonne-kilometers ( freight trains , forwarding agents ) or the load factor ( cargo planes ).

The measurement of the degree of utilization is of great importance because the regular service has a high proportion of fixed costs . The high fixed costs drive the breakeven point higher , so that a profit can only arise when the capacity utilization is high. The breakeven point for scheduled flights is 70–80%. If the seat load factor falls below this break-even point, losses arise.

A decides airline for example, to an on average to 70% busy route to use (with a seating capacity of 100 seats) by a larger aircraft with a maximum of 200 seats, the seat load factor decreases from 70% to 35%. This usage is most likely below the break ( English break-even load factor ), so losses. It should be noted that the breakeven point has even increased (the larger aircraft causes higher fixed costs such as depreciation and personnel costs due to more flight personnel ). Larger seating capacities only make sense if a disproportionately high increase in demand is to be expected. In general, it is therefore true for all scheduled services that the size of the means of transport must be adapted to the average number of passengers (or amount of freight) to be expected . Smaller means of transport cause lower fixed costs (depreciation, on-board personnel) and therefore also lead to lower profit thresholds.

The corporate goal of the transport company must also be to convert the idle costs into utility costs by increasing the degree of utilization in order to exceed the breakeven point in this way and to be able to generate profits.

The permit for regular services in transit (transit permit in accordance with Regulation (EEC) of the Council for the introduction of common rules for cross-border passenger traffic and the Passenger Transport Act (PBefG) ) entitles the holder to carry passengers in transit through Germany from or to a country outside the EU.

The exemption from the provisions of the Ordinance on the Operation of Motor Vehicles in Passenger Transport ( BOKraft ) exempts from individual BOKraft regulations.

A line branch is used when several line services take place on the same route in local public transport.