NPG Records is an independent label founded by the American musician Prince in July 1993 . "NPG" stands for "New Power Generation", a single of the same name from the 1990 album Graffiti Bridge . It is also the abbreviation for The New Power Generation , which was Prince's backing band from 1991 to 2015.

In addition to Prince, musicians such as Andy Allo , Chaka Khan , George Clinton , Judith Hill , Larry Graham and Mavis Staples recorded albums for NPG Records. Since Prince's death in April 2016, the label of The Prince Estate (dt .: The Princeton will discount ) officially continued.

In 1985 Prince founded the music label Paisley Park Records with the financial participation of the major label Warner Bros. Records , with which he was under contract at the time . His albums Around the World in a Day (1985), Parade (1986), Sign "☮" the Times (1987), Lovesexy (1988), Graffiti Bridge (1990), Diamonds and Pearls (1991) were released on this label. and Love Symbol (1992). But when Prince was working on a new album Gold Nigga in early 1993 , which he wanted to release under the name of his backing band The New Power Generation , there was a dispute between him and Warner Bros. Records. The major label asked for a creative break and wanted to bring a greatest hits album from him on the market, whereupon Prince found himself restricted in his artistic freedom. That is why he dropped his stage name from June 1993 to May 2000 and instead carried an ineffable symbol as a pseudonym .

21 July 1993. The Prince was as the name "NPG Records" Registered Trademark in the US trademark officially registered, and on 1 February 1994 ended Warner Bros. Records cooperation with Paisley Park Records. In the same month Prince released the first single, The Most Beautiful Girl in the World , which he released on NPG Records. He had these distributed within the USA by the independent label Bellmark Records and outside the USA by Edel SE . Both were only possible because Prince got Warner Bros. Records approval. Warner agreed at the time only on the condition that Prince took over the music promotion and all advance payments for the single himself, for which he invested a total of two million US dollars (then the equivalent of about 1.6 million euros). The first album Prince released through NPG Records without the support of a major label was The Rainbow Children in November 2001.

In parallel to his contract with Warner Bros. Records, which ended on December 31, 1999, Prince released several records under his unpronounceable symbol on NPG Records, distributed by various music labels. After his death in April 2016, The Prince Estate officially manages NPG Recordes.

At Prince's request, Levi Seacer Jr. (born April 30, 1961 in Richmond , California) and his girlfriend at the time, Karen Lee, took over the management of NPG Records. Seacer was a former bassist and guitarist for The New Power Generation, and Lee was Prince's publicist . But in November 1994 the two left NPG Records for no reason. Then Prince himself was the label's CEO and employed 25 people.

From January 2013 to May 2016 - Prince died on April 21, 2016 - NPG Records was managed by Trevor Guy, who worked as a guitar technician for Prince from 2012 and is now responsible for public relations at Paisley Park Studios. Guy is married to former 3rdEyeGirl guitarist Donna Grantis (born September 28, 1986). The Prince Estate has been running the NPG Records label since 2018 and has employed 11 to 50 people for this purpose (as of 2018).

The legal situation of the copyrights - sound carriers, which Prince was allowed to publish and which not on NPG Records, was sometimes complicated; For example, the five albums Come , Black Album , Girl 6 , Chaos and Disorder and The Vault ... Old Friends 4 Sale from 1994 to 1999 served to fulfill his contract with Warner Bros. Records , which is why these albums were only distributed via the major label. The two greatest hits compilations The Very Best of Prince and Ultimate from 2001 and 2006 were also part of the fulfillment of the contract, although Prince was no longer under contract with Warner during this time. He did not undertake a music promotion for the seven albums mentioned and emphasized in public that they were "contractual obligations". In 2014, Prince returned to Warner and signed a twelve-month contract during which he released the two albums Art Official Age and PlectrumElectrum .

The two albums The Voice by Mavis Staples and Hey Man… Smell My Finger by George Clinton were originally released in 1993 on Paisley Park Records, distributed by Warner. But in 1994 and 1995 Prince released revised versions of both albums on NPG Records.

Prince received all copyrights of the master tapes for all sound carriers that were released on NPG Records . 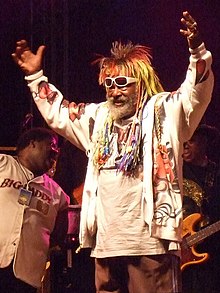 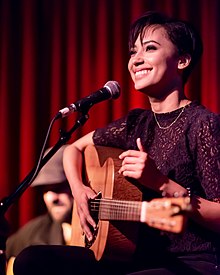 Prince sold all of his own records through NPG Records , as well as those from his side projects at the time. Prince is involved on all of the records released by NPG Records; either composed songs, played instruments or sometimes took over the singing. The only exception is the album Drum Fever (1995) published by Jacob Armen , on which Prince did not appear.

Apart from his own phonograms, the commercial success of artists at NPG Records was as low as at Paisley Park Records. Only the two albums Exodus (1995) and Newpower Soul (1998) by The New Power Generation achieved placements in the international charts; Both Exodus and Newpower Soul reached the top 40 in some European countries, with Newpower Soul also making it into the top 30 of the US charts. However, none of Prince's side projects achieved gold or platinum status .

The discography lists all albums that were released on NPG Records. Prince also released downloads , music streaming and singles on his label . Apart from the music labels mentioned in the list, he had four singles on NPG Records distributed exclusively by two other labels; the three songs Dance 4 Me (2011), Rock and Roll Love Affair (2012) and Screwdriver (2013) by the Swiss independent label Purple Music, and the downloadable single Fallinlove2nite (2014) by Epic Records . Prince also released video albums on NPG Records.