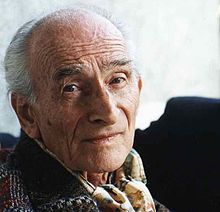 Balthus was the second son of the German-Polish art historian and painter Erich Klossowski (1875-1949) and the German-Jewish painter Elizabeth Dorothea Spiro , called Baladine (1886-1969), which together one of the most important art salons in Paris and later in Berlin led . His brother, who was three years older than him, was the avant-garde writer Pierre Klossowski .

After separating from her husband, the mother moved with her sons Balthazar and Pierre to Switzerland, first to Bern and later to Beatenberg , where she became the lover of the poet Rainer Maria Rilke . He also became Balthazar's godfather and gave him the nickname "Balthusz", from which his later stage name Balthus developed. Rilke recognized the boy's artistic talent early on and encouraged his further development.

In 1925 he lived in Toulon and painted landscapes. In 1926, with the support of Jean Strohl, he was able to travel to Italy and copy frescoes by Piero della Francesca . He lived in Arezzo , among others . He spent 1929 in Berlin; he had his first exhibition at the “Galerie Fört” in Zurich. In 1930 he was called up for French military service and served in the Moroccan cities of Kenitra and Fez . In 1932 he returned to Paris. There he met Pierre Jean Jouve , André Derain and Alberto Giacometti . In 1934 he had his first solo exhibition in the "Galerie Pierre".

In the following years, Balthus developed his own figurative painting style, which was based on the technique of frescoes of the Italian Quattrocento . He thus eluded the contemporary art movements, including cubism and surrealism . He also stood out in his subjects , as they were often characterized by the suggestive poses of young girls. Balthus counted the poet Lord Byron among his ancestors and was friends with, among others, Federico Fellini , Pablo Picasso , Joan Miró , Salvador Dalí , David Hockney and especially with Pierre Matisse , who occasionally helped him financially because of his luxurious lifestyle. Balthus designed sets and costumes for Albert Camus . He was considered eccentric and shied away from the public. 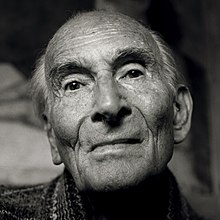 In 1937 he married Antoinette de Watteville , who came from an influential noble family from Bern. He had already met her in 1924, and she had been his model for a number of portraits. There were two children from this marriage, Stanislas (* 1942) and Thaddeus (* 1946), who both published books about their father, including the love letters their parents wrote between 1928 and 1937. Stanislas, known as Stash de Rola , became a defining figure in the swinging sixties in London and Paris in the 1960s . Balthus occasionally used his wife's title of count for self-styling. In Switzerland, however, there are no official entries or mentions of nobility titles .

In 1938 he had his first exhibition in New York in the "Galerie Pierre Matisse ". In September 1939 he was drafted into military service, wounded in Alsace and returned to Paris in December. From 1945 to 1946, Balthus and his family lived in the Villa Diodati in Cologny on Lake Geneva . In 1947 Balthus and his wife Antoinette separated amicably and were still on friendly terms. The two sons stayed with their mother, who moved with them to Geneva .

In 1961 André Malraux , who had risen to become French Minister of Culture under Charles de Gaulle , appointed him director of the French Academy in Rome , which was housed in the Villa Medici . During his tenure from 1961 to 1977, the entire interior of the somewhat neglected villa was redesigned. In 1962 Balthus met Setsuko Ideta ( Japanese 出 田 節 子 ) on a trip to Japan , whom he married in 1967. The following year their son Fumio was born, who died at the age of two. In 1973 their daughter Harumi ( 春 美 ) was born.

In 1976, Balthus acquired the Grand Chalet in Rossinière in the canton of Vaud in Switzerland, where he lived in seclusion until his death in February 2001 at the age of almost 93. His numerous prominent followers such as Tony Curtis and Mick Jagger visited him there . Numerous celebrities attended his funeral, including Bono from U2 , who contributed a song to the ceremony, Elle Macpherson , Henri Cartier-Bresson , Prince Sadruddin Aga Khan and representatives of various governments.

“Balthus' pictures are gorgeous portraits of children. On the one hand. But also documents of the blackest adult psychology. "

From August 18 to November 4, 2007, the Cologne Museum Ludwig hosted Balthus' first large solo exhibition in Germany with around 70 paintings and drawings, mainly from the period between 1932 and 1960.

On the occasion of Balthus' 100th birthday, the Gianadda Foundation in Martigny presented an exhibition from mid-June to the end of November 2008 with a good 100 oil paintings and drawings from the artist's entire career.

From September 25, 2013 to January 12, 2014, the New York Metropolitan Museum of Art exhibited approximately 35 paintings from the mid-1930s to about 1960. A series of 40 ink drawings by the eleven-year-old boy was also shown - a picture story about his experiences with the cat Mitsou, which was published as a book in 1921 with a foreword written by Rilke . The exhibition, entitled Cats and Girls - Paintings and Provocations, was the first Balthus exhibition in the United States in thirty years.

The Museum Folkwang in Essen said in early 2014 from a planned for April exhibition of photographic works by Balthus, as for pedophilia -Vorwürfen "unintended legal consequences" and the closure threatened the exhibition. The plan was to show Polaroid photos of a girl eight years old at the beginning of the series of photos , partly half-naked, often with her legs apart.

The Bank Austria Kunstforum presented from 24 February to 19 June 2016 for the first time in Austria a retrospective of the work of Balthus. The support of the artist's family and loans from international collections - Center Pompidou, musée national d'art moderne, Paris, The Art Institute of Chicago, Tate London, The Metropolitan Museum of Art, New York - underscored the importance of this project.