Kabelsketal is a municipality in the Saalekreis in Saxony-Anhalt . It was created on January 1, 2004 from the voluntary amalgamation of the communities of Dieskau, Dölbau, Gröbers and Großkugel. The stream Kabelske , belonging to the catchment area of ​​the White Elster , is eponymous for the community.

The municipality includes the localities

Kurt Hambacher was the mayor of the community from 2004 to 2018. He was elected to this office for the first time on September 12, 2004 and was re-elected in March 2011 with 63.2% of the vote. On April 29, 2018, Steffen Kunnig was elected the new mayor of the municipality of Kabelsketal with 71.33% of the vote. The seat of the municipal administration is in the village of Gröbers.

Blazon : "In green over gold talförmig lowered shared, growing one on either side of pole as made up out of the valley of two faceted silver cubes with thorn pointed solid corners accompanied, three-bladed, of rooted golden oak shoot, below blue wave beams."

There are several business parks in the community. Because of the nearby Leipzig / Halle airport , numerous companies in the logistics sector, such as General Logistics Systems and Kraftverkehr Nagel , are based in Kabelsketal. Furthermore, regional companies have settled in the community. In addition, the main production facility of the module and system building manufacturer of the Kleusberg Group, a customer service center of Vodafone Kabel Deutschland GmbH with around 600 employees and the new production site of Enka Tecnica, a subsidiary of the Reifenhäuser Group, are located here . There are two buildings of the enviaM group with the headquarters of Mitteldeutsche Gasversorgung GmbH ( MITGAS ) with more than 400 employees and Mitteldeutsche Netzgesellschaft Strom mbH MITNETZ STROM and Mitteldeutsche Netzgesellschaft Gas mbH directly on the A 14 in Gröbers .

The community is located directly on the B 6 , A 9 and A 14 . The Leipzig / Halle airport is located about 4 kilometers east of the community.

The community is connected to the railway network via the new Erfurt – Leipzig / Halle line and in Großkugel via the Magdeburg – Leipzig railway line with the S 3 of the Central German S-Bahn . The Leipzig / Halle Airport train station is also nearby and is served by the S5, S5X and long-distance trains. 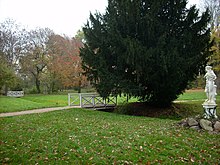 The architectural monuments of the individual districts are entered in the register of monuments in Kabelsketal .

Cities and municipalities in the Saalekreis