Losone , in the alpine Lombard local dialect [loɕoŋ] , is a municipality in the county Isole , district of Locarno , in the Swiss canton of Ticino . 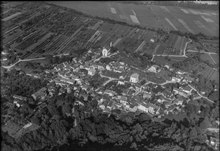 Losone lies on the banks of the Maggia and Melezza and borders the communities of Ascona , Locarno , Terre di Pedemonte and Centovalli . The municipality consists of the districts Al Ponte, Arbigo, Saleggi, San Giorgio, San Lorenzo, San Rocco, Trisnera and the industrial area Zandone. Above the village center are the nature reserve Parco del bosco di Maia, the village Arcegno , the Maiensäss Monti di Losone and the steep, wooded mountain area below the Corona dei Pinci viewpoint , which is 1293 m above sea level. M. lies.

Archaeological finds show that the municipality of Losone was inhabited as early as the Neolithic Age, and grave furnishings from the 1st to 4th centuries AD suggest an ancient necropolis . The area was also inhabited during Roman times, in 1945 a grave from this period was found in Arcegno.

The first mentions of the place are de Loxono (1061, copy from 1402) and de Losono (1200). The place name probably goes back to the Celtic * lausā 'large stone, large stone slab', supplemented by the Italo-Romanic enlargement suffix -one , meaning 'by the large stone slab'. In 1274 it is called Borgo ( spots ). Losone had its own statutes, which were confirmed in 1734. The parish church of San Lorenzo separated from the mother church of San Vittore in Muralto before 1580 and became a provost church in 1747 .

Modern development began thanks to the construction of the Maggia Bridge (1815), the roads to Ascona and Golino (1824–1825) and the damming of the Maggia (from 1890). At the beginning of the 20th century a community hall and a school house were built, and goods were also merged. From 1941 to 1947 Polish and Ukrainian soldiers were interned in the Arbigo district, who built the road from Arcegno to Golino during this time. 1949–1950 this internment camp was converted into a barracks, where grenadiers were trained until 1973 and then until 2000 paramedics.

In 1957 the Agie machine factory set up shop in Losone and contributed significantly to the creation of an industrial zone near Zandone and Saleggi. After 1960 Losone developed more and more into a residential community, from 1940 to 1980 Losone recorded the strongest population growth of all communities in the Sopraceneri . In 1976 the new school center and in 1982 the old people's home were inaugurated.

Higher river barriers on the Maggia and Melezza became necessary after a flood flooded parts of Losone and the Zandone industrial area on August 7, 1978, killing 5 and causing millions of euros in damage. The machine factory Agie alone suffered damage amounting to 70 million Swiss francs.

After years of preparation, the wooded Parco del Bosco di Maia nature park above the village of Losone was formally founded in 1998 by the patriciate of Losone with the support of the local community and inaugurated in 1999. It includes rock formations such as the Barbescio, wooded hills, natural ponds, the so-called bolle, and 8 kilometers of hiking trails.

Active local citizen families before 1995 and their nicknames

Because of its flat and central location, Losone is a location for viticulture, numerous craft and service companies as well as some industrial plants, most of which are located in the districts of Al Ponte and Zandone .

In 2015, an underground heat generation plant called Energia rinnovabile Losone (ERL) was opened in Saleggi , which is mostly fed with local wood, has an output of 6 MW and provides district heating for many large buildings in this quarter. An underground ring network of 3 kilometers in length was created, in which the 80 degree water circulates.

The two largest companies and employers in town are:

Losone is accessible to the public with three bus routes operated by Ferrovie autolinee regionali ticinesi (FART) . The main line and the most frequent bus is number 7, which runs from Locarno train station through Losone to the barracks and sometimes even to Zandone. In addition, bus number 1 also affects Losone in the Al Ponte area, bus number 314 also goes through Losone and Arcegno to Ronco sopra Ascona and back. The post bus line number 324 runs through Losone, Golino and Intragna and then opens up the whole Onsernone valley .

Losone is famous not least for its barracks, which were built on the Arbigo plain after the Second World War and inaugurated in 1951. Before that, Polish and Ukrainian soldiers were interned there from 1941 to 1947, who had built the road from Arcegno to Golino.

The barracks and the gymnasium Vacchini

The grenadiers and medical soldiers of the Swiss army were trained on the former arsenal until 1973 and from 2000 to 2006 . After that the barracks stood empty, the community wanted to set up a spatial development, archeology and natural science museum in it. However, from October 20, 2014, the former barracks was used for three years as an asylum center for a maximum of 170 refugees who had applied for asylum in Switzerland . The average occupancy in 2014 was 140 people, most of whom came from Afghanistan , Eritrea , Libya , Nigeria , Somalia , Sudan and Syria . In some cases they were also able to do charitable work such as forest maintenance, road cleaning and waste disposal in Losone and the surrounding area. Dozens of people from Losone and the surrounding area had organized themselves as part of voluntary work, they met and helped asylum seekers in the Catholic parish hall and in the former barracks. The refugee crisis in Europe from 2015 onwards temporarily increased the number of billeted refugees to 270 people. In the first two years of operation, a total of 4,500 refugees passed through this initial reception center, from where they were distributed to permanent asylum centers in Switzerland after weeks or months. According to the plan, the federal initial reception center was closed on October 27, 2017 and the old barracks returned to the Losone community. Over 5,000 people from over forty countries with over 20,000 overnight stays had frequented the center in these three years.

On June 10, 2018, Losone's electorate narrowly rejected a motion by the municipal authorities in a referendum (with 1,492 to 1,218 votes) to use the barracks as a refugee reception center for another three years, even though the canton and the federal government CHF 600 000 a year would have paid.

Losone is now a popular holiday destination with apartment complexes, 15 hotels, 30 restaurants and a campsite. In 1999 a golf course was laid out in the outgoing Centovalli on the Melezza opposite the Terre di Pedemonte . Another attraction in summer is the bathing shore of the Maggia near Meriggio, Merisch in Ticino dialect .

According to the building and housing statistics, the share of second homes was 23.5% in 2014, so that the construction of further second homes would no longer be permitted under Swiss law. 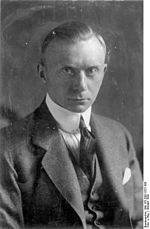