Clausius is considered to be the discoverer of the second law of thermodynamics , creator of the terms entropy and virial , and one of the first theoretical physicists in the middle of the 19th century. He was a contemporary among others. by Hermann von Helmholtz , James Prescott Joule , Gustav Robert Kirchhoff , John Tyndall , William Thomson, 1st Baron Kelvin , Johann Josef Loschmidt , Ludwig Boltzmann and James Clerk Maxwell .

As the son of a school councilor and pastor, Clausius studied mathematics and physics in Berlin from 1840 after graduating from high school in Stettin , among others with Heinrich Gustav Magnus , Peter Gustav Lejeune Dirichlet , Jakob Steiner and history with Leopold von Ranke . In 1848 he received his doctorate in Halle on the scattering of sunlight in the earth's atmosphere to obtain a doctorate in philosophy. From 1844 to 1850 he worked at the Friedrichswerder Gymnasium in Berlin as a candidate for teaching physics and mathematics. In 1850 he became professor of physics at the Royal Artillery and Engineering School in Berlin and private lecturer at Berlin University. In 1855 he was appointed to the newly founded Eidgenössische Polytechnikum in Zurich , in 1867 he moved to Würzburg , where he was able to obtain a second chair in mathematics, occupied by Friedrich Prym in 1869, and then to Bonn in 1869 until the end of his life . In 1884/85 he was the rector of the university.

As the leader of a student medical corps, he was wounded in the Franco-Prussian War in 1870 , which caused permanent pain in his knee.

He married in Zurich in 1859 Adelheid Rimpau (1833–1875), the daughter of the Brunswick merchant Justus Rimpau (1782–1840) and Mathilde Fritze, and cousin of the grain farmer Wilhelm Rimpau (1814–1892). His wife died of scarlet fever in 1875. The eldest daughter Mathilde (1861–1907), who had been running the household since 1875 and who had taken on the upbringing of the younger siblings, married the theologian Friedrich Zimmer in 1882 . Two years before his death, Clausius married again: in 1886 Sophie Sack, a daughter of the Essen judiciary Otto Sack and Johanne Budde, became his wife. 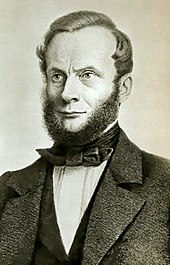 After the discovery of the law of conservation of energy ( 1st law of thermodynamics ) by Julius Robert von Mayer , James Prescott Joule and Hermann von Helmholtz , a new theory of heat had to be found, especially since William Thomson (later Lord Kelvin) had clearly shown that between Carnot's process and the Conservation of energy was a contradiction in terms. Clausius devoted himself to this task by subjecting himself to an in-depth study of the ability of heat to transform itself into work (1850). He recorded the 2nd law of thermodynamics for the first time , which states that heat does not pass from a cold to a warmer body without other changes and thus postulates the impossibility of a perpetual motion machine of the 2nd kind. In 1865 Clausius introduced the term entropy . The now outdated Clausius unit was also used for this purpose.

Clausius' first scientific work deals with topics of meteorological optics, e.g. B. the light scattering in the atmosphere and the phenomenon of the blue sky as well as the dawn and evening red. His famous treatise “On the Moving Power of Heat” in 1850 finally enabled him to do his habilitation and to teach at the Royal Artillery and Engineering School and at the same time as a private lecturer at Berlin University - his scientific career began.

Clausius' name is initially associated with the Clausius-Clapeyron equation , with the help of which the vapor pressure curve in the two-phase diagram of a substance can be determined from the enthalpy of vaporization , temperature and increase in volume. Thanks to the Clausius-Rankine process , the classic water-steam process for generating mechanical energy or electricity from chemically bound heat, it is also known in energy technology. What is far less common today is that he provided fundamental work on kinetic gas theory and electrolytic dissociation . In 1857 he refined August Krönig's very simple gas kinetic model, which he had set up a year earlier, and introduced the concept of the “mean free path” of a gas molecule. His work, which has also been translated into English, prompted James Clerk Maxwell and later Ludwig Boltzmann to make decisive discoveries that were decisive in establishing the kinetic theory of gases. In addition, Clausius also worked on the electrodynamics of moving bodies, which only found its solution through Einstein's work in 1905. Clausius used Maxwell's derivatives to determine the molar refraction of a substance ( Clausius-Mossotti equation ). This procedure was used to check the structure of an organic substance. The structures (functional groups, bonds) of organic molecules can be compared from the refractive index and the molar mass .

In 1850 Clausius began to occupy himself with the subject to which he owes his greatest fame: mechanical heat theory (thermodynamics). Clausius took up the principle of energy conservation as the first law of thermodynamics, already proposed by Sadi Carnot in 1824 and finally postulated by Julius Robert Mayer in 1842, and gave him the first quantitative formulation by establishing a relationship between the amount of heat Q , work W and internal energy U (d U = d Q + d W ). In contrast to the prevailing opinion until then, he realized that heat is not an immutable substance, but only represents a form of energy that can be converted into the known other forms (kinetic energy, etc.).

However, the principle of conservation of energy does not yet explain the common fact that energy conversion does not take place in any direction: why, for example, two differently warm bodies equalize their temperatures on contact, but heat never transfers from the colder to the warmer body by itself. Carnot had already clearly stated this fact, but only Clausius recognizes an energy flow behind it and not a phenomenon linked to a heat substance. In 1850 he called this experience the Second Law of Thermodynamics. The statement that energy conversions run irreversibly in one direction is no longer compatible with classical mechanical physics, the linear laws of which are traceable and reversible according to any process ( Poincaré's law of recurrence ).

Melting ice in a warm room is a simple example of increasing entropy (first described by Rudolf Clausius in 1862).

The starting point for both Carnot and Clausius' considerations was the mode of operation of steam engines. As early as 1824 Carnot had found that heat cannot be completely converted into mechanical work, since this not only requires a heat source (furnace with steam generator), but also a heat sink (cooler for steam condensation) in which part of the heat is required for conversion into Work is lost. Every thermal power process requires two heat reservoirs of different temperatures, from which heat is supplied and removed. Under idealized, i.e. H. reversible conditions are the ratios of the amount of heat supplied or removed to the respective temperatures at which the heat transfers take place, the same. In this case, the largest possible amount of mechanical energy, z. B. to generate electricity. However, this is not the case in real thermal power processes. The greater the difference between these ratios, the less useful work (exergy) that can be gained from the thermal energy.

The change in the amount of heat related to the heat transfer temperature in a thermodynamic process is therefore a measure of the convertibility of heat and technical work and thus of the quality of the process (d S = d Q / T ). Clausius later calls this “equivalent value of transformation” “entropy” (from ancient Greek: entrepein = to transform and tropé = potential for change). In 1882 Helmholtz defined Clausius' law of entropy more clearly in terms of the internal energy of a system: The maximum usable free energy in an isolated system is always smaller than the actually available internal energy. Although the internal energy of the system is retained when it is converted into useful work (1st main law), it is devalued (degradation), since part of it is always scattered (dissipated) in the system environment. Thus, the second law of thermodynamics can also be formulated as follows: An energy conversion never runs by itself from a state of low quality to a state of high quality; the entropy always increases. In the heat and power process, the process medium water has to be energetically "refined" by supplying heat from outside (firing) by creating water vapor under high pressure and temperature before it can work in the cylinder of the steam engine or in the turbine to generate electricity. The energy of the processed steam is worthless and has to be released into the environment via the cooler. Even under ideal conditions, the production of dissipated energy, such as waste heat, would be unavoidable.

Because of the central importance of Clausius's knowledge for the classic thermal power plant process (Rankine process), this is also called the Clausius-Rankine process.

Clausius introduced the mean free path to physics in 1857 , a fundamental concept of statistical mechanics.

In 1875 Clausius also published a general law of electrodynamics based on the ether theory.

"Helmholtz occasionally characterized the importance of thermodynamic theorems for our knowledge of nature by calling them 'world laws', apparently to express [...] that they can be safely applied to the entire universe", so Walther Nernst 1922 on 100th birthday of Clausius at the University of Bonn. 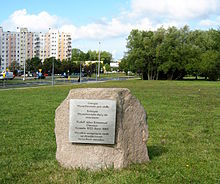 Memorial stone at the Technical University of Koszalin