Zirndorfer Straße with the town's landmark, the water tower

Wintersdorf has been the largest district of the city of Meuselwitz in the Thuringian district of Altenburger Land since December 1, 2007 with around 2200 inhabitants . Historically, the place grew particularly in the 19th century due to lignite mining. Another important industry was tobacco production.

Wintersdorf is located in the Altenburg-Zeitz loess hill country on the edge of the Leipzig lowland bay . The Schnauder flows through the village . To the northeast of the village is the Kammerforst , in the north of the Luckaer Forst .

Neighboring communities of the former community of Wintersdorf are (clockwise, starting in the south): Rositz , Kriebitzsch , Haselbach , Treben and Gerstenberg , as well as the cities of Altenburg , Meuselwitz and Lucka in the Altenburger Land district and the city of Regis-Breitingen in the Saxon district of Leipzig .

The following districts belonged to the former municipality of Wintersdorf with an area of ​​30.87 km²:

In 1181 Wintersdorf was first mentioned in a document in the old tithe directory of the Bosau monastery near Zeitz . The place was then a dead end village. The village church is mentioned for the first time in 1619, the rectory was established in 1663. Wintersdorf belonged to the Wettin office of Altenburg , which was under the sovereignty of the following Ernestine duchies from the 16th century onwards due to several divisions during its existence : Duchy of Saxony (1554 to 1572), Duchy of Saxony-Weimar (1572 to 1603), Duchy of Saxony-Altenburg (1603 to 1672), Duchy of Saxony-Gotha-Altenburg (1672 to 1826). When the Ernestine duchies were reorganized in 1826, the place came back to the duchy of Saxony-Altenburg. In 1837 the administrative and judicial communities were united. After the administrative reform in the duchy, Wintersdorf belonged to the eastern district (until 1900) and to the Altenburg district office (from 1900). Legally, the place was subordinate to the Altenburg District Court since 1879 and to the Meuselwitz District Court since 1906 . Several lignite mining operations were established in the 19th century . The miners' settlement was built between 1920 and 1923. Wintersdorf's landmark is the water tower built in 1914/1915.

From 1918 on, Wintersdorf belonged to the Free State of Saxony-Altenburg , which was added to the State of Thuringia in 1920. In 1922 it came to the district of Altenburg . Between 1908 and 1935 the "open-cast mine Marie I (Waltersdorf)" was in operation southeast of the town. It was followed by the "Marie II opencast mine (Wintersdorf)" (1935 to 1950) to the east of Wintersdorf. Since 1942 there were four forced labor camps with a total of 382 persons responsible for the pits progress and Marie had to work.

In 1990 Wintersdorf came back to Thuringia with the Altenburg district. In 1994 it was incorporated into the Altenburger Land district. In March 2007, the incorporation into the neighboring town of Meuselwitz was decided at a separate municipal council meeting. It was completed on December 1, 2007.

Like many coats of arms of the cities and municipalities of the Altenburger Land, the Wintersdorf coat of arms was created according to the laws of the historical auxiliary science of heraldry (heraldry). After a correspondence between the Weimar State Archives and the State Office for the Preservation of Monuments and Homeland Security, the Wintersdorf community adopted the coat of arms in 1937. In the upper part of the coat of arms there is Schlegel und Eisen, from which you can see that Wintersdorf was not only a farming village with agriculture, sheep breeding and wool combing, but was increasingly shaped by lignite mining since the middle of the 19th century. The redesign of the official seal, which, according to the old teacher and local writer A. Junghanns, commissioned the Altenburg artist Paulik in 1950, was undoubtedly based on the old coat of arms. In the old days, when the cigar industry still dominated in Wintersdorf, many people wished that, if Wintersdorf became a town, the cigar would also appear in the coat of arms.

Wintersdorf occurs four times in Germany, each as a district of a municipality. A community partnership has been maintained with two of these cities since 1990, namely Zirndorf / Franconia and Rastatt / Baden. 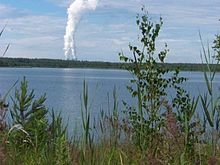 Districts of the city of Meuselwitz