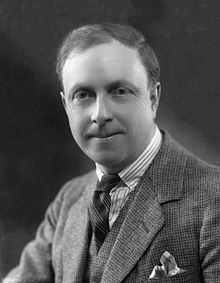 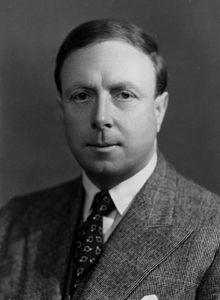 Archibald Joseph Cronin (born July 19, 1896 in Cardross , Scotland , † January 6, 1981 in Glion , Switzerland ) was a Scottish doctor and writer . Some of his novels became worldwide hits. Exciting events, lifelike characters and pronounced social criticism characterize his story. In his autobiography, Adventure in Two Worlds , he unequivocally professes his Christian faith . Cronin stands in the tradition of the educational novel and uses the techniques of Victorian novel realism .

Archibald Joseph Cronin was the only child of Patrick Cronin and his wife Jessie Montgomerie. He later attended Dumbarton Academy and won several writing competitions. For his outstanding achievements he was a scholarship of medicine at the University of Glasgow granted. There he also met his future wife, Agnes Mary Gibson, who - like him - studied medicine.

Cronin first worked in various hospitals, as a ship's doctor and, during the First World War, as a surgeon in the service of the British Army . After the war he practiced in a mining district in south Wales . Experience from this activity later flowed into his novels The Stars Look Down (1935) and The Citadel (1937). He later moved to London and ran a thriving practice on Harley Street . However, Cronin struggled with his profane, profit and selfish desires, as he explains in his autobiography. While on vacation in the Scottish Highlands , he wrote his first novel, Hatter's Castle (1930), which was an instant hit.

In the 1930s, Cronin moved to the United States with his wife and three sons and settled in New Canaan , Connecticut . In later years he returned to Europe and lived in Switzerland for the last 25 years.

AJ Cronin died at the age of 84 and was buried in La Tour-de-Peilz , where his grave still stands.

His son Vincent Cronin has also published books, mainly biographies and works on the history of France .

Cronin was best known for The Stars Look Down (1935), a miners novel with sharp attacks against the self-interest of the mine owners.