Theodor Fontane , a representative of realism

As Realism is a literary movement of the 19th century and refers to an epoch-independent literary representation beyond. Realism as an epoch of literature is located in the period between 1848 and 1890. The period of German literary history between 1850 and 1899 is also called " bourgeois realism " or "poetic realism" (according to Otto Ludwig ); these terms emphasize certain concepts and characteristics of realism.

The term epoch refers primarily to English , Russian , French , German and American literature . It was particularly important for the novel of the 19th century. The catchphrase réalisme in relation to literary works first appeared in the magazine Mercure français in 1826 . In connection with literary critical discussions, it has been used since around 1833 with reference to historical and contemporary novels by Walter Scott , Victor Hugo and Honoré de Balzac . He became widely known since 1855 through the exhibitions of Gustave Courbet's paintings with their everyday subjects under the title Réalisme and through Jules Champfleury's programmatic anti-romantic essay collection entitled Le réalisme (1857). In contrast, the philosophical concept of realism , as used by Friedrich Schlegel in the sense of a synthesis of idealistic philosophy and realistic poetry or by Schiller , plays a subordinate role in literary theory , limited to Germany.

Realism as a concept of style in the sense of a "realistic representation" must be distinguished from the concept of epoch. Realism in this sense is found in all literatures of all epochs , mainly in the genres of drama and epic . This is true of the tragedies of Euripides , the comedies of Aristophanes , the Roman satires , the novels and pranks of the late Middle Ages and the Renaissance, the dramas of Shakespeare and the baroque picaresque novels .

The author of realism wants to objectively observe the tangible world . However, he does not limit himself to the mere description of reality, but tries to reproduce it artistically. He does not want to be recognized as a narrator and renounces moralizing and reasoning. The early exponents of the psychological novel , including Madame de La Fayette , Henry Fielding and Samuel Richardson , also depicted psychological processes realistically for the first time.

Finally, the term realism was also used as a standard term, i.e. in the sense of a demand for realistic representation, especially in socialist realism .

Cheering revolutionaries after street fighting on March 19, 1848 in Berlin

Until the middle of the 19th century, the literary landscape in Germany was shaped by literature from the pre-March period . In the wake of the March Revolution of 1848, the various literary movements of that time were subject to change.

The revolution led to the resignation of State Chancellor Metternich , the drafting of a German constitution and the relaxation of censorship and informers. Ultimately, however, the revolution turned out to be a "storm in a water glass", since the demands of the liberal bourgeoisie , who mainly supported the revolution, were only partially met. The ideas of state unity and political freedom remained unfulfilled. The change from hope for a better future to a sober view of the present can also be seen in early Marxism , although Marx, as a student of Hegel , was influenced by German idealism . But the philosophical and literary attempts to reconcile a morally agitated idealism and a sober realism failed.

The theoreticians of the second half of the 19th century already dealt with the question of what is understood by “realism” in literature. Contemporary theorists of realism grouped around magazines and published their views on the current situation in literature. The opinion leadership in the 1850s lay with the " Grenzboten " and there especially with Julian Schmidt . He and his colleagues developed the program for the new literature. The terms “real idealism”, “poetic realism” and “bourgeois realism” play a decisive role, because the concept of realism was too burdened by the aesthetic tradition to be able to characterize the self-image of a literary movement in an unproblematic way.

Goethe and Schiller already spoke of “realism”, which as a literary concept only had the task of representing the given reality. This did not correspond to their ideas of literature, which as an expression of a creative subjectivity uses reality only as material in order to then process it in an individual way into a peculiar work. Romantic aesthetics also pushed back the conception of art aimed at imitating the external world (in the sense of a simplified term of mimesis ). After the romantic "flight of fancy inner life", however, a simple version of mimesis received new impetus in 19th century realism. This simple definition of "realism" differs from that of "poetic realism" ( Otto Ludwig ) or "civil realism" ( Fritz Martini ) of the second half of the 19th century, which claimed the "reality of the idea", which in the moral value of work and education become visible through historical, educational or business novels.

Poetic realism saw itself as a reaction against French realism, which was also known as "naturalism", with its "inartistic" representation of the accidental and ugly. At the same time, the representatives of German-speaking realism reacted against the competitive medium of photography. As one of the main exponents of realism, Theodor Fontane rejects “the bare reproduction of everyday life, least of all its misery and its dark sides”. He defines realism as "the reflection of all real life, all true forces and interests in the element of art". 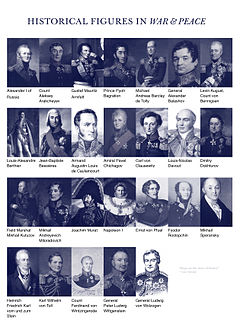 Concerning the relationship between idealism and realism, Robert Prutz remarked in 1859: “For true art, idealism is just as indispensable as realism: for what is all art itself but the ideal transfiguration of the real, the reception and rebirth of reality in the eternally imperishable realm of Beautiful? ”This is why the“ transfiguring ”effect of art is also effective in realism.

Important literary forms of realism are the village stories , which dinggedicht , the social novel , the historical novel , the development of novel or the merchant novel like Gustav Freytag's Debit and Credit (1855).

At the beginning, realism was based on the philosophy of Ludwig Feuerbach , whose criticism of religion did not lead to resigned nihilism , but instead propagated a turn to this-sidedness. Man should recognize the divine in himself and live his life in this sense and at the same time be active for other people ( Homo homini deus est - Lat. "Man is a god to man"). The technical progress brought about by the industrial revolution and the resulting belief in progress reinforced this optimistic attitude.

Later representatives of realism, however, were influenced by a strong pessimism . The worsening social problems as a result of industrialization shook confidence in technical progress lastingly. The knowledge of important natural scientists like Charles Darwin gave rise to the mindset of determinism . The human individual is a product of evolution and his actions are determined by physiological processes in his body. The particular tragedy of this senseless existence is that man is at the mercy of this fatalism and has to face it, knowing full well that he will ultimately lose the fight at the moment of his death. This way of looking at things negates any transcendence in human life. Arthur Schopenhauer summed up this resignation:

“The world is the expression of an unreasonable and blind force; to live in it means to suffer. "

This means that realism has changed in its conception over the years.

Subjects and style of realism

The style of realism can be described by three characteristics:

Naturalism and realism have the same poetological basis: The programmatic literature of both directions demands that the poet should depict the recognizable world. But in works of realism the negative is not represented, but excluded in favor of a higher, ideal idea, while naturalism aims to include precisely this negative and reproduce it in detail. This can be traced back to the fact that naturalism reproduces external reality (with all its facets), while realism tries to present internal truth and poetically exaggerate it.

Not only in romanticism, but also in ostensibly naturalistic realism, gaps in the Enlightenment model of an immanent, secular and generally metaphysics-free reality are revealed and thematized. Naturalism believes in positivist science, in the condition of humans through heredity and social milieu and the predictability of human behavior. In contrast, realism shows an ideal picture of subjective human autonomy . Naturalism was supposed to represent social reality without glossing over it, which is why the miserable living conditions of the proletariat were a popular topic that should be detailed in the texts. Stylistically, this went so far that noises were presented phonetically in the texts, such as rain as "splashing, splashing".

In realism (especially in German realism) the life of the bourgeoisie was treated above all. It should not primarily be a criticism of society or the milieu, but a realistic and at the same time aesthetic representation. But he can depict improbable, fantastic topics with an illusion of reality. As a means of creating the illusion of reality, inutile , but realistic details can serve as a whole despite the improbability of the action. 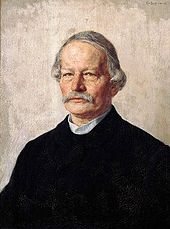