Weidemann's family moved from Masuria to Lübeck in 1926 . After completing his schooling at a national political educational institution , Kurt Weidemann was deployed as a war volunteer on the Eastern Front from 1940 and as a lieutenant in 1945 was taken prisoner by the Soviets, from which he was only released in 1950. Weidemann completed an apprenticeship as a typesetter in Lübeck from 1950 to 1952 and then studied four semesters of book graphics and typography with Walter Brudi at the State Academy of Fine Arts in Stuttgart from 1953 to 1955 . Weidemann has been a freelance graphic designer , advertising consultant and copywriter since 1955 . From 1955 to 1964 he was editor of the trade journal Der Druckspiegel .

In connection with the establishment of an institute for book design by the then rector Walter Brudi and the resulting expansion of the range of subjects offered, Kurt Weidemann was appointed artistic teacher for the newly introduced subject area “Information and graphic practice” with effect from May 1, 1964, at Brudi's suggestion appointed to the Stuttgart Academy. He was appointed professor "with an appointment as a civil servant for life" in 1965. However, without being entrusted with the management of a class of his own, he taught there until 1985. In 1968 he was committed to the revolting students; this went up to the assumption of legal fees in the circles of Klaus Croissant and Jörg Lang for legally concerned students and brought him conflicts with the rectorate and university senate. In the early 1980s he helped found the WHU - Otto Beisheim School of Management in Vallendar , where he taught from 1983.

In the early 1960s, Weidemann built the International Center for the Typographic Arts (ICTA) in New York City together with Aaron Burns and was its president from 1966 to 1972. From 1970 to 1972 he was President of the International Federation of Graphic Arts Associations ( Icograda ) ; He also directed the Stuttgart Künstlerhaus for 7 years.

In addition to his teaching position at WHU , he taught at the State University of Design in the Center for Art and Media in Karlsruhe from 1991 .

Kurt Weidemann was a close friend of Alfred Herrhausen , bank manager and board spokesman of Deutsche Bank , for over 15 years . In 1990, one year after his murder, Weidemann published a book with a selection of lectures and essays by Alfred Herrhausen. 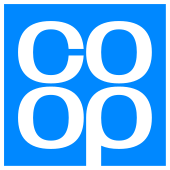 Kurt Weidemann also designed the logo for the renowned Salem boarding school on Lake Constance. His idea was to only use the name “Salem” as the logo and not add any explanatory text such as “Schule Schloss”. With this he gave the impetus for public relations and advertising in the boarding school, which he supported with many marketing ideas for over a decade.

Mercedes star with the brand name in Weidemann's Corporate A. font

After Weidemann had previously worked as an appraiser for Mercedes-Benz in questions of appearance , Edzard Reuter agreed to work with Weidemann as a consultant for the corporate identity of the group at the beginning of his work as CEO of Daimler-Benz AG in 1987 . In the course of this, all 52 typefaces used in the group up to then were replaced by Weidemann's Corporate ASE font family , which comprises a total of around 12,500 glyphs in the styles Antiqua , Sans Serif and Egyptienne .

For the automobile manufacturer Porsche AG , Weidemann revised the coat of arms and the signature in 1990, the previous version of which he described as "lettering hit three times by the truck". In order to improve the readability of moving objects, opened Weidemann the punches of the letters P and R with the average height of the letters down, reinforced in R the inclined position of the right smear, reduced the stroke width in the legs of the letters E and S , shortened further in S the Length of the two legs and reduced the width of the H s. Because Porsche AG did not have enough money to pay Weidemann at the time, he received a car from the Carrera 4 series as a fee at his own request .

In 1993 the Deutsche Bundesbahn commissioned Weidemann to redesign the logo for the future Deutsche Bahn AG . He received a fee of 200,000 DM for the design of the new logo, based on the old Eduard Ege logo, including the final artwork required for the corporate design manual , which was generally criticized as excessive in the press reports on the project and in an article in Der Spiegel was also given in the wrong amount of 1.2 million DM.

By reversing the letters »DB« in the logo from negative (white in red) to positive (red in white), Deutsche Bahn saved after the introduction of the new logo - it was merged with the changeover to save further costs Stationery due to the introduction of the new German postcodes on July 1, 1993 - several hundred thousand DM per year alone in expenses for screen printing ink. For the same reason, Weidemann's design reduced the costs for embroidering the logos on the work clothing, calculated on the basis of the number of stitches, by almost half, from 1.59 DM to 0.89 DM per badge.

Weidemann's logo for Deutsche Bahn is similar to a label that the Deutsche Bundesbahn used in its early years on its buses (at the height of the front bumper and at the rear). This marking was replaced from the beginning of 1955 by the well-known Bundesbahn logo from Eduard Ege .

In the mid-1990s, Weidemann designed a logo for Bankgesellschaft Berlin consisting of three interlocking bars in the colors yellow, blue and red, for which he was criticized by one of the clients with the words: “But you didn't think of very much, Mr. Professor! "Weidemann countered him:" I'm particularly proud of that, a sign is good if you can scratch it in the sand with your big toe! "