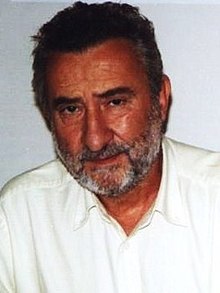 According to his own statements, Aristide Massaccesi started a company for the sales and production of film cameras in the afternoon after school as an assistant to his father who founded ACM . For example, as early as 1952, Massaccesi helped with the maintenance of the camera, the clamping of the film and similar work for Die goldene Karosse (director: Jean Renoir ).

Massaccesi began his actual career at the camera: from 1961 he worked as a camera assistant (also in 1963 in Jean-Luc Godard's The Contempt and in 1967 in Franco Zeffirelli's The Taming of the Shrew ), and from 1967 as a cameraman. Due to his skills and technical reliability in this area, he was used extremely frequently and regularly, especially in low-budget productions.

Massaccesi first worked as a director in 1972: It is the poker face shot on crooked tours in just six days , for which the producer Diego Spataro appeared in the credits under the pseudonym Dick Spitfire . However, the film was only released in theaters in 1975 and (as a result?) Turned out to be a commercial failure. Massaccesi shot his second Western Bounty for a Killer (1972) in collaboration with Oscar Santaniello (aka Oscar Faradine).

While Massaccesi always appeared with his real name for his camera work and also for work on the script, he usually gave a pseudonym as the director. This often means that he appears in the credits of the same film under both his real name and a pseudonym. Massaccesi justified this with the fact that it would have damaged his professional reputation as a cameraman if it had become known that he was also the director of the same film. At the same time, the pseudonyms would have helped him to clearly distinguish the different genres in which he worked. The exception was Die Mörderbestien , to which he also confessed as a director by his own name. He had written the script for the film in solo work and obviously inspired by Edgar Allan Poe's story The Black Cat . According to Massaccesi himself, the reason for the step to step forward as a director for the first time was the relatively high budget of 140 million lire and the participation of well-known actors.

As a director and producer in public

In Torture Garden of Sensuality (1975), d'Amato first introduced the motif of cannibalism , which he used repeatedly in his films.

In the years from 1976 to 1978 he shot the series of erotic films revolving around the beautiful, highly intelligent and sexually open-minded reporter Black Emanuelle ( Laura Gemser in the lead role), which through their exotic locations, the captivating film music by Nico Fidenco and the lively and professional camera work from Massaccesi could convince themselves. The atmosphere of the films conveys a carefree and enjoyable attitude towards life, in which, however, hardship - especially in the uncut versions - is not missing. The films do not attempt to do justice in any way to the underlying themes ( e.g. trafficking in girls , cannibalism , freedom of the press ), rather they are mostly used for other relevant scenes ( sexploitation ), which, given the easy-going tone of these films, are all the more irritating or repulsive can be felt. The film Black Emanuelle - Hours of Wilder Lust (1977) is particularly notorious, with a scene in which an undressed blonde performs a handjob on a horse (the ejaculation is not shown) and another in which the leading actress stands between lust and Torn with disgust, having to watch part of an extremely real-looking snuff movie ; the majority of the running time is of course devoted to more or less conventional hardcore scenarios.

Of the two films in which Massaccesi's desire to mix his favorite genres of horror and eroticism is most evident, namely Naked Among Cannibals (1977) and In the Violence of the Zombies (1980), the former was like the other parts of the Black-Emanuelle Series (especially abroad) a commercial success, the latter a fiasco. Massaccesi attributed the failure of In der Zombies' violence to the reluctance of the general public to accept the contamination of the two genres, especially in the case of the zombie film, in which a large part of the running time was again devoted to the long hardcore scenes. Similarly, he tried this specific mixture of genres with Insel der Zombies ( Porno Holocaust , 1981) and other hardcore films that Massaccesi shot with a basically constant team of actors (including around 1980 in Santo Domingo and the surrounding area).

He turned to gore out of the conviction that it, like softcore eroticism, represented a timeless genre that would always find its audience. In addition, as he admitted in an interview, he is not that skilled at creating tension (an example he himself has chosen is his “least successful horror film” Man-Eater - Der Menschenfresser (1980) - many fans will probably want to disagree with this ), so that he is growing in the gore area.

Man-Eater - The man eater (based on an idea of ​​his friend Luigi Montefiori ) coincides for Massaccesi with the founding of his own film company Filmirage , which made films by Umberto Lenzi , Michele Soavi , Claudio Fragasso and Lucio Fulci possible.

The films most lucrative for D'Amato abroad were, according to his own statement, Slave for a Summer (original title L'alcova ; 1984, with Laura Gemser and Lilli Carati) and Eleven Days, Eleven Nights (1986, with Jessica Moore ). In Italy itself, all of his films did well.

Working method and attitude to work

When asked where his talent is most likely: director, producer or cameraman, Massaccesi replied: "Perhaps as a cameraman, insofar as filmmaking begins with pictures, which obliges me to pay great attention to the quality of the camera work."

Massaccesi's methods (he took footage from other films and built them into his own), the shocking content of some of his films (one of his Emmanuelle adult films was about cannibalism ) and his penchant for being in public (in Man -Eater - The ogre is eating a fetus by a cannibal, which caused a lot of discussion), led to him becoming famous as a director of exploitation films.

Massaccesi appeared under many pseudonyms to better sell his scripts . Due to his many pseudonyms, it is assumed that there are still many films by Massaccesi that have not yet been recognized as his.

On the one hand, Massaccesi was - as it sounds repeatedly in interviews - a real film enthusiast, especially when it comes to the technical aspect of filmmaking. However, since he produced his films almost exclusively himself from the late 1970s onwards, he had to make sure that he was also financially successful, which ultimately led him to dedicate himself almost exclusively to the production of hardcore pornography from 1994 until his death in 1999 which the financial success was assured. Of course, his great love was still the adventure film - for example, Steven Spielberg's Indiana Jones trilogy was one of his favorite films - and the soft erotic genre; but these genres seemed to him to be financially too risky compared to hardcore production to have devoted himself to them again - with one exception, the pirate adventure film I Predatori delle Antille (Tortuga), shot a year before his death .