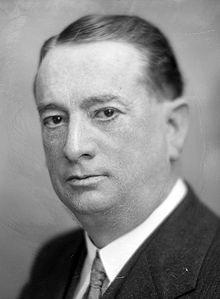 Wolverton graduated from the Law Department at West Virginia University in Morgantown . After graduating in 1901, he was admitted to the bar that same year and began practicing in Grantsville . In 1904 he moved to Richwood. In 1918 and 1919 he was mayor of this city. Wolverton previously served as district attorney in Nicholas County from 1913 to 1917 . From 1921 to 1925 he held this office again.

Members of the United States House of Representatives for West Virginia