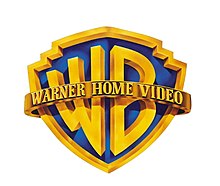 Warner Bros. Entertainment (formerly Warner Brothers ; often just Warner Bros. , abbreviated to WB ) is an American film and television company and one of seven independent companies within the WarnerMedia group. The company is one of the so-called major studios , the last six (now five, after the takeover of 21st Century Fox by the Walt Disney Group) largest film companies in the United States . The company is based Burbank in the US state of California .

The four Polish brothers Harry , Albert , Samuel and Jack L. Warner founded the film company by persuading their father, who worked in the delivery industry, in 1903 to move his horse and a gold watch to one of the first film projectors that Edison - Kinetoscope to acquire. They used it to show films at different locations in the United States as a fairground attraction, as cinemas were not yet common in today's sense. With this deal, the Warner Brothers laid the financial foundation for their film business. They later started producing their own films and in 1918 the proceeds were used to set up a film studio on Sunset Blvd. erect. They had secured the rights to the memoirs of James W. Gerard ; the film adaptation of his time as ambassador in Berlin was a commercial success.

The company Warner Brothers Pictures, Inc. was finally in 1923 in Hollywood established (California).

Warner Bros. brought out the first sound film in 1927 with Al Jolson as The Jazz Singer . WB's cartoon films known as Looney Tunes became popular in the 1930s : in 1932 the character Porky Pig , known in Germany as Schweinchen Dick , saw the light of day, in 1935 Daffy Duck and finally in 1937 Bugs Bunny . During this time of the Great Depression, the studio was also known for its realistic and sometimes socially critical films, including gangster films with actors like James Cagney or the hunt for James A. , which questions the American prison system . Adventure films such as Robin Hood, King of the Vagabonds with Errol Flynn , which in 1938 was the most expensive Warner production ever, as well as melodramas and women’s films with actresses such as Bette Davis and Kay Francis formed the contrast to these hard stuff . Before, but mainly during, the Second World War, high-profile and thoroughly political films were made at Warner Studios. The best known representative is Michael Curtiz's Casablanca , which its first-ever performance at the right of the Allies occupied Morocco learned in Casablanca itself.

In the 1950s, the studio also made a number of 3-D films , including the only 3-D film Alfred Hitchcock made , Murder On the Call (1954) and John Wayne's 3-D film You Call Me Hondo (1953) (the one used as a template served for a later television series). Warner also made the 3D film that is considered one of the best: Professor Bondi's Cabinet with Vincent Price from 1953.

The film studio was taken over by Seven Arts in 1967 and merged into Warner-Seven Arts , which in turn was taken over by conglomerate Kinney National two years later . In 1972 Kinney National changed its name to Warner Communications after parting with all other businesses except film . With the Neverending Story , the entry into a new booming genre of fantasy films was achieved in 1984.

In October 1996, the media group merged again, this time with Ted Turner's Turner Broadcasting System (TBS). In addition to a number of cable channels (including CNN and Cartoon Network ), TBS brought a film library into the group, the Warner productions from before 1948 (these were sold to Associated Artists Productions in 1956 and were sold to United Artists in 1958 through the sale of Associated Artists Productions passed into their ownership), all Metro-Goldwyn-Mayer productions from before 1986, as well as various cartoon productions by William Hanna and Joseph Barbera ( Feuerstein family , The Jetsons , Tom and Jerry ).

In 2000, Warner Bros. sold the loss-making print division Warner Books to the Internet giant AOL for the equivalent of 12 billion euros.

In 2019 Warner entered into a joint venture with Universal , which meant that one would take over the home entertainment business of the other depending on the region. In Central Europe (including Germany), Warner is therefore handing over home distribution of its films and series to Universal.

The US Consumer Protection Federal Trade Commission found in July 2016 that Warner Bros. paid several YouTubers thousands of US dollars for a positive game review of the game Middle-earth: Shadow of Mordor , including the successful YouTuber PewDiePie . PewDiePie himself described the legal situation at the time as a gray area in one of his videos.

"The FTC charge stated that Warner Bros. deceived customers by paying thousands of dollars to social media 'influencers,' including YouTube megastar PewDiePie, to cover Middle Earth: Shadow of Mordor without announcing that money had changed hands."

Warner Bros. accepted the FTC's ruling. Warner Bros. has not yet been sentenced to a fine, this is only threatened with a further violation.

The group also participated in amusement parks and issued licenses for rides and characters appearing there, only to throw themselves massively into the amusement park business in the 1990s. Initially, the Six Flags group was completely taken over, which already operated attractions with WB brands such as Superman .

The Warner Bros. Movie World, founded jointly with the Australian media group Village Roadshow Limited on the Australian Gold Coast, paved the way for a new strategy to create theme parks based on the model of e.g. B. Disneyland or the Universal Studios theme park . Many blockbusters have already been produced in the adjoining film studios.

In 1996 they tried to repeat this success in Europe and opened the Warner Bros. Movie World Germany in Bottrop . Here, too, with several soundproof studios and porch halls, which were used to full capacity immediately with the first production: The Story of Monty Spinnerratz , Director: Michael F. Huse .

In the following years, WB stores were opened, a chain of cinemas was set up and another theme park was planned in Europe. For this reason, the US Six Flags parks were sold to the Premier Group in order to concentrate on the Movie World parks business.

The last one opened in Madrid in 2002 , but was sold together with its German counterpart during the construction phase. And also to the Premier group, which promptly adopted the name of the better-known subsidiary Six Flags . WB earned again only through licenses appearing names and characters. (The German Movie World was sold again in 2004. The current owner is Parques Reunidos , but without WB licenses, so that this park has been called Movie Park Germany since 2005. )

WB now also withdrew from other areas: the cinemas were given to Village Roadshow and initially operated under their name (and later sold again). The Berlin sales agency was closed. In 2004 Warner also sold its music division Warner Music Group in order, as it was officially known, to concentrate more on the film business.

The latest successful productions include film series such as Harry Potter or Matrix and the “Lethal Weapon” film series. Older film series are comic adaptations such as Piggy Dick (1934), Bugs Bunny (1940), Batman or Superman (1948). Casablanca (1943) is the most famous of the classic feature films .

Warner had a contract with Stanley Kubrick , unique in film history , which guaranteed the director almost complete control over his films - including the marketing and ultimately even a share in the video sales of the Metro Goldwyn Mayer film Gone With the Wind (1939).

Initially, Warner Bros. had undertaken to publish its films on both DVD successor formats, HD DVD and Blu-ray , but then the studio announced that it would publish its films exclusively on Blu-ray from May 2008.

The announcement of the move away from HD DVD was ultimately one of the weighty reasons that heralded the end of the format war and thus the victory of Blu-ray .

The exit from the UMD business is also planned, because the format developed by Sony for the PSP is deficient.

Warner Bros. also sells its films on many digital platforms such as the Xbox Live marketplace (even the first film studio available in Europe) or the Apple iTunes Store .

Warner Bros. Entertainment today still consists of the core segment Warner Bros. Pictures as well as various subsidiaries and brands that have been established or acquired over the years. Essentially, the company presents itself today as follows:

Schmidt shows the highlights of the genre between Western roots, films about prohibition, social gangsters of the 1960 / 1970s to the drug trade of the present. Well-known directors and critics such as Peter Bogdanovich , Alain Silver, Steven Gavdos and William Wellman Jr. comment on the most important Warner gangster films .