The World Series of Poker 2018 was the 49th edition of the Poker World Championship and took place from May 29 to July 17, 2018 at the Rio All-Suite Hotel and Casino in Las Vegas .

A total of 78 poker tournaments in the variants Texas - and Omaha Hold'em , Seven Card Stud , Razz , 2-7 Triple Draw as well as in the mixed variants HORSE and 8-Game were on the tournament schedule. Four events were played online . The buy-in ranged from $ 365 to $ 1 million . For a tournament victory, the players received a bracelet in addition to the prize money . With Justin Bonomo , Shaun Deeb and Joe Cada , three players won two bracelets ; Farhintaj Bonyadi , Nikita Luther and Jessica Dawley were the only women to be victorious.

The Rio All-Suite Hotel and Casino in Las Vegas 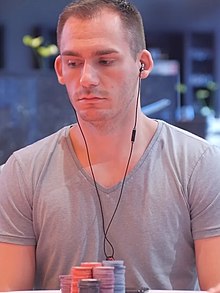 * Age at the start of the final table

From October 9 to November 2, 2018, ten bracelets were played at the King's Resort in Rozvadov, Czech Republic, at the World Series of Poker Europe 2018 . 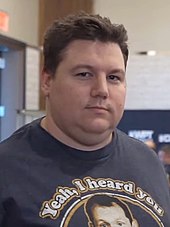 The Player of the Year award goes to the player who collects the most points across all tournaments. The Casino Employees Championship , the Ladies Championship , the Senior Championships , the Tag Team Event and the Big One for One Drop were excluded from the rating , as these tournaments were not open to all players. The ranking also includes the tournaments of the World Series of Poker Europe . Winner Shaun Deeb won two bracelets, reached a total of four final tables and made it to the money 20 times, securing prize money of more than 2.5 million US dollars .

Sweeps the World Series of Poker