The Märkische Allgemeine (short: MAZ ) is published as an independent daily newspaper by the Märkische Verlags- und Druck-Gesellschaft mbH (MVD) based in Potsdam . The sales area corresponds to the western half of the state of Brandenburg .

The Märkische Allgemeine appears daily (Monday to Saturday) with 13 regional editions , of which the Potsdamer daily newspaper has the largest partial circulation with 20,592 copies. The sold circulation of all 13 local editions is 94,058 copies, a decrease of 55.4 percent since 1998. The newspaper is read by 399,000 people every day (MA 2010), making it the subscription newspaper with the highest reach in the state of Brandenburg.

The MVD has been owned by the Madsack Media Group (Hanover) since January 1, 2012 . The SPD is the largest limited partner in the Madsack media group through investments.

The MVD and the MAZ changed both the managing director and the editor-in-chief in spring 2012. From 2012 to June 30, 2017, Thoralf Cleven was MAZ editor-in-chief. Hannah Suppa has been editor-in-chief since July 1, 2017, before that she was deputy editor-in-chief of the Hannoversche Allgemeine Zeitung (HAZ). In January 2019 she took over the management of the RedaktionsNetzwerk Deutschland ( RND) . Suppa was also appointed "Editor-in-Chief Digital Transformation and Innovation in the Regional". Henry Lohmar became the subsequent editor-in-chief of the MAZ.

The Märkische Allgemeine is one of the German daily newspapers with the greatest loss of circulation in recent years. The number of copies sold has fallen by an average of 4.1% per year over the past 10 years. Last year it decreased by 3.7%. It is currently 94,058 copies. The share of subscriptions in the circulation sold is 91.9 percent. 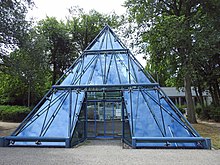 The regional edition of Märkische Allgemeine Oberhavel was created in 2014 by combining the regional editions of the Neue Oranienburger Zeitung and the Neues Granseer Tageblatt, which had previously been published separately . In 2000, the two editions Luckenwalder Rundschau and Jüterboger Echo were merged into a single edition.