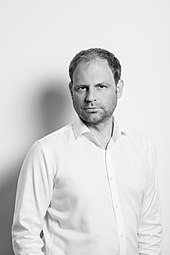 Meyer attended the Walther-Rathenau-Gymnasium (at that time still Walther-Rathenau-Oberschule) in Berlin-Grunewald and obtained the general higher education entrance qualification in 1994. He then completed an apprenticeship as a banker at Dresdner Bank AG in Berlin. From 1996, Meyer studied law at the European University Viadrina in Frankfurt (Oder) and at the Free University of Berlin and passed his first state examination in 2004 . In 2007 he passed the second state examination in law and has been admitted to the Berlin bar since 2008 . Christoph Meyer has been working for DEUTSCHE ROCKWOOL Mineralwoll GmbH & Co. KG since autumn 2012 .

Meyer has been a member of the FDP since 1993 . From 2000 to 2001 Meyer was Citizens' Deputy of the District Assembly of Charlottenburg-Wilmersdorf. In January 2002, he moved to the Berlin House of Representatives for Günter Rexrodt, who had previously resigned . In the 15th electoral term of the Berlin parliament, Christoph Meyer was the legal policy spokesman and represented the FDP parliamentary group in the main committee and in the Tempodrom investigative committee . In 2006 Meyer moved back into the Berlin House of Representatives as the top candidate of the FDP Charlottenburg-Wilmersdorf. Until the spring of 2009 he was deputy chairman of the parliamentary group as well as spokesman for cultural affairs and a representative in the special committee on restitution . In April 2009 Meyer took over the chairmanship of the parliamentary group from the long-time parliamentary group leader Martin Lindner , after he had successfully run for the German Bundestag.

In March 2010, Meyer was elected state chairman at a state party conference of the Berlin FDP. He thus succeeded Markus Löning , who did not run for office again. In May 2011 he was elected as a member of the federal executive committee of the FDP, of which he was a member until March 2013. At the state party congress in March 2018, he ran again and took over the office of Sibylle Meister , who did not run again.

As the top candidate and state chairman, on September 18, 2011 , he achieved the worst Berlin FDP result of all time with 1.8 percent. In this election, the FDP not only resigned from the House of Representatives, but also lost all of its mandates at the district level, where only a three percent hurdle applies.

In the 2017 federal election , Meyer achieved the FDP's best second vote result in the federal constituency of Berlin-Charlottenburg - Wilmersdorf with 14.9% and entered the German Bundestag via its state list . Meyer is also a member of the non-partisan European Union Germany , which advocates a federal Europe and the European unification process.

Shortly after Meyer won his parliamentary mandate in the 2017 federal election, it became known that he had employed the former FDP member of the Bundestag, Lars Lindemann . As a result, Meyer terminated the employment relationship in order to refute the accusation of nepotism.

State chairwoman of the FDP Berlin