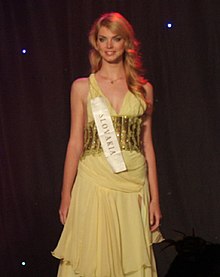 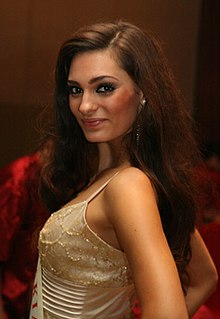 Miss Slovakia is an annual national beauty pageant in Slovakia . Before the independence of the Slovak Republic (on January 1, 1993), unmarried women took part in the elections for Miss Czechoslovakia . In 1993 there was initially a joint event with the winner Silvia Lakatošová .

The competition for Miss Slovakia was first held in 1995 (?). The Forza production company has been organizing the event since 1996 , and from 1998 in collaboration with the Oklamčák agency and the TV Markíza TV station .

The model agency founded by Jozef Oklamčák and named after him organized the competition for the Miss Slovak Republic ( Miss Slovenskej Republiky ) until 1998 . The winners sometimes took part in the Miss International .

For her Queen of Slovakia Agency she holds the participation concessions for the Queen of the World and Queen of Universe .