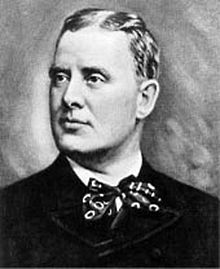 In 1870, a group of Freemasons often met for lunch at Knickerbocker Cottage on Sixth Avenue in New York . Among them were Walter M. Fleming, doctor, and William J. "Billy" Florence, actor. The group often talked about starting a new fraternity for Freemasons - one that should be based on fun and camaraderie rather than ritual. Fleming and Florence took this idea seriously and took action.

Florence, a world famous actor, was in Marseille while touring and was invited to a party by an Arab diplomat . The entertainment program was in the style of an elaborately staged musical comedy. At the end of the performance, the guests became members of a secret society. The exotic style and extraordinary music of the Arab festival inspired him to propose this theme as the basis for the new brotherhood. When he returned to New York in 1870 , he showed his recorded material to Walter Fleming.

Fleming took Florence's ideas and called this association "Ancient Arabic Order of the Nobles of the Mystic Shrine (AAONMS)". Fleming also created the ritual, emblem, and costumes. The first meeting was held on August 13, 1870. 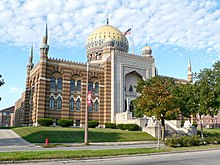 The Shriner organization is neither Islamic nor opposed to Islam. In the history of the brotherhood, people of the most diverse beliefs and nationalities have joined it. It has more than half a million members in nearly 200 centers in the United States, Canada, Mexico, Panama, Europe, and Australia. Their meeting places are usually characterized by a conspicuously orientalizing architecture , e.g. B. the Shrine Auditorium , or the former Moolah Temple in St. Louis (see: Freemasonry (architecture) ).

The Shriners often take part in local parades where they ride miniature versions of cars and motorcycles. You can easily recognize them by their red fez .

Members helped care for the sick during a yellow fever epidemic in Jacksonville, Florida . In 1889, Shriners helped aid victims of the Johnstown, Pennsylvania flood disaster. At the beginning of the 20th century the brotherhood grew rapidly. As membership grew, so did support for the idea of ​​making charity more official. Most of the temples had local charities, and occasionally the Shriners' umbrella organization would offer their help. After the 1906 San Francisco earthquake , the Shriners donated $ 25,000. The idea of ​​opening children's hospitals was put forward by Philadelphia Mayor Freeland Kendrick in 1919 after visiting a Scottish Rite hospital for disabled children in Atlanta.

In June 1922, the foundation stone was laid for the Shriners Children's Hospitals' first hospital in Shreveport, Louisiana. The first patient enrolled in 1922 was a little girl with clubfoot who had learned to walk on the top of her foot instead of the bottom of her foot. A member of the Shriner carried the patient in his arms to the hospital (see picture of the hospital in Shreveport).

In 1938 there were 340,000 members of the Shriners in the United States, and that year Life magazine reported in a comprehensive report on their charitable work.

The Shriners are all charitable. Once a year the brotherhood meets for a "royal council meeting" in a large North American city. More than 20,000 participants are not unusual. The Shriners' charitable arm consists of a network of 22 hospitals in the United States, Mexico, and Canada. They were founded to treat young people with polio . When this disease became controllable, they expanded their field of activity. Today they deal with all pediatric cases, especially orthopedic injuries and diseases and severe skin burns.

No price is ever charged for treatment in the Shriners' hospitals. The patients' religion, their origin and their relationship to Freemasonry do not play a role. However, patients must be under eighteen years of age and treatable. Most of the time, local shrine temples will cover the cost of transportation to the nearest hospital.

The Shriners also run an international program for free transportation and medical care for patients outside the United States . Since 2015, this program has enabled 41 children from 16 countries around the world to receive medical treatment in the Shriner hospitals.

By the year 2000 one had to have reached the 32nd degree of knowledge of the Scottish Rite or the corresponding degree of Knight of the Temple in the York Rite in order to become a member. Today you need the master's degree from a recognized Masonic lodge. 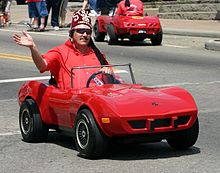 The Oscars were held several times in the Shrine Auditorium in Hollywood (Los Angeles). The silent film star Harold Lloyd was Shriner and served in 1949 as the so-called Imperial Potentate ("Royal Ruler"). He went to great lengths to promote the Brotherhood in the entertainment industry. Today, Justin Timberlake is one of the prominent supporters of the US musician .

The annual Justin Timberlake Shriners Hospital for Children Open , a PGA Tour golf tournament , is one of the most financially successful charity events organized by the US Shriner. In Europe , the highly acclaimed international golf tournament of the Shriners Excelsior Club Vienna has been held annually at the Altentann Golf Club near Salzburg since 2010 .

Actress Jennifer Lawrence supported Shriner Hospital in Montreal on August 8, 2015. a. with a surprise visit during a break in filming the film X-Men Apocalypse . 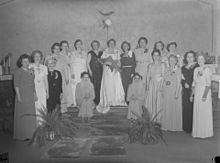 Daughters of the Nile at Shriners-Montreal Hospital (1948)

There are many common activities for male Shriners and their wives, but there are also women-only Shriner societies (e.g. The Ladies' Oriental Shrine and Daughters of the Nile ). These support, for example, the Shriner hospitals with fundraising and organize activities for the entertainment of child patients. Membership is open to women 18 and older who are part of the family of a male Shriner by marriage, birth, or adoption.

The first Shriner women's organization was founded in 1903 in Wheeling, West Virginia .

The then First Lady of US President Warren G. Harding , Florence Harding , was also a member of the Daughters of the Nile.

In 2006 the Shriner Hospitals still had a budget of 8 billion US dollars, fed from foundation assets , stock funds and donations . In April 2009, in the wake of the economic crisis and the associated financial losses on the stock exchange, as well as a decline in donations, the budget was reduced to $ 5 billion. Until June 2012, all treatments in Shriner hospitals were offered to children and their families without any financial commitment. Due to the decline in donations, only patients who do not have health insurance are treated .

The Health Advisory Board of the Shriner Hospitals supports research projects on the treatment and rehabilitation of bone and joint diseases, cleft lip, jaw and palate formations, burns, spinal cord injuries and neuromuscular diseases. In 2011, 88 research papers, 22 clinical studies and 28 grants were commissioned and funded.

The area of ​​responsibility of the hospitals also includes the research and training of medical professionals, including medical fellows , nurses, speech therapists , psychologists , and social workers . Transportation to hospitals is often provided free of charge to patients and their families.

A selection of well-known shriners: