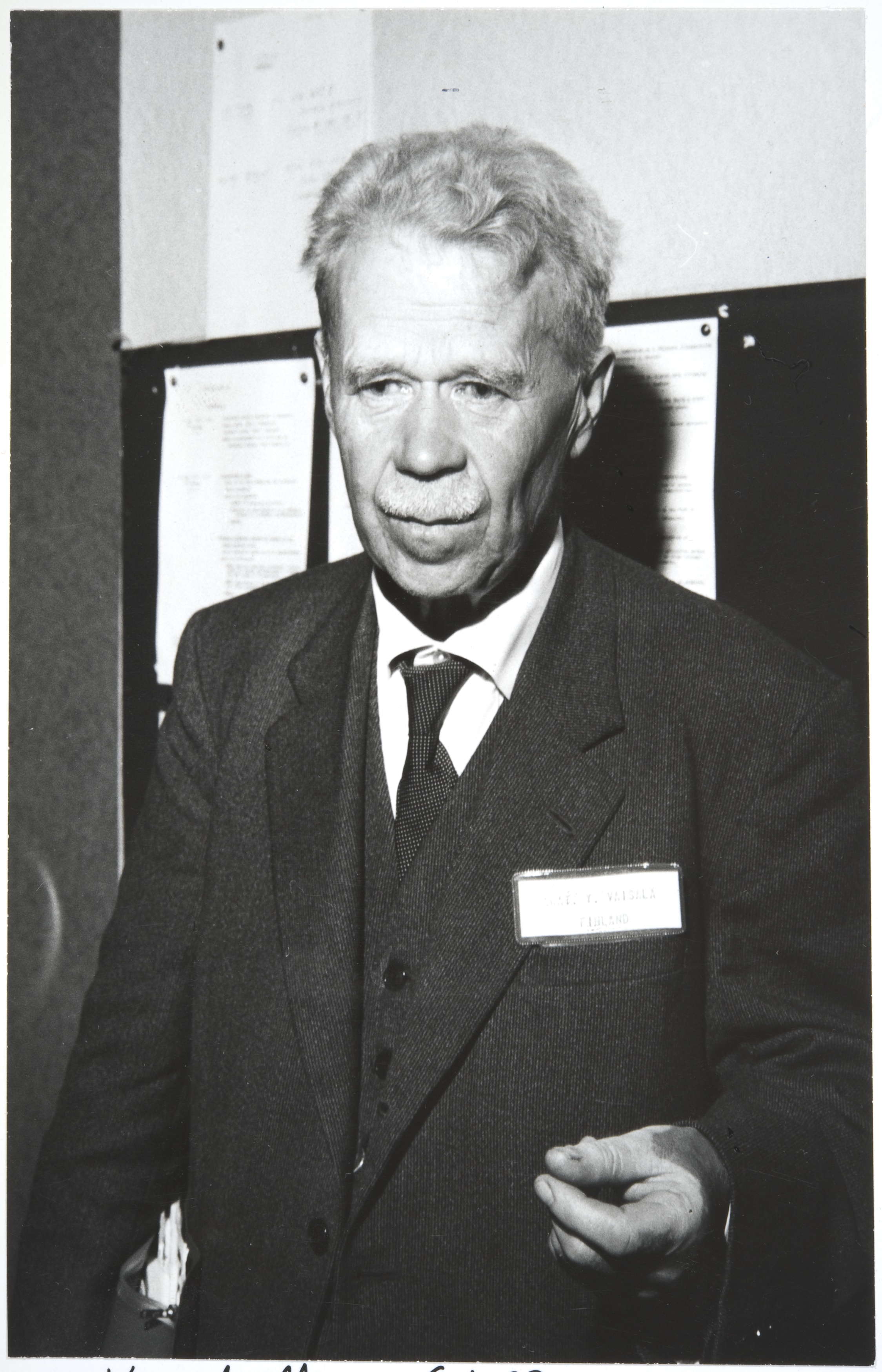 He was born the seventh of eight children of Johannes Weisell, an employee of a sawmill in Utra (now part of Joensuu ), and Emma Birgitta Jääskeläinen. The father died in 1904, and the mother, who adopted the Finnish spelling of the family name in 1906, raised the five children who were still underage alone. Nevertheless, the three youngest, Vilho , Yrjö and Kalle , were able to attend university and pursue an academic career.

Väisälä obtained his doctorate in 1922 and worked during this time as a geodesist and astronomer at the Geodetic Institute of the University of Turku until 1925 . Here he dealt with triangulation and developed the concept of light interference for length measurement at greater distances. The Väisälä interference comparator for measuring normal routes was named after him. In 1925 he became a professor of physics.

In his further career Yrjö Väisälä shifted his field of activity to meteorology and astronomy. He transferred the method of triangulation to astronomical objects. Väisälä was one of the founders of the Astronomical Observatory of the University of Turku in 1952 and was its director until his death.

In the course of his scientific work he discovered 128 asteroids and two comets . The lunar crater Väisälä was named after him because of his merits, as were the asteroids (1573) Väisälä and (2804) Yrjö .