The gentian plants (Gentianaceae) are a family of plants in the order of the gentian-like (Gentianales). The approximately 80 to 87 genera with 900 to 1655 species are represented worldwide.

They are usually annual , biennial or perennial herbaceous plants , more rarely woody plants: shrubs , trees or lianas . All parts of the plant are hairless.

The mostly opposite, sessile leaves are simple and smooth-edged. In some taxa , the opposite leaves are partially connected by a thickened bar. In some herbaceous species, the leaves are basal concentrated. Stipules are missing.

Usually bilobed capsule fruits are formed with mostly many seeds; Berries with few seeds are very rare . The small seeds contain oil and can be winged or wingless.

Bitter substances are often present in the herbaceous taxa in particular ; they are seco- iridoids . 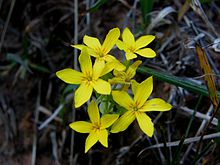 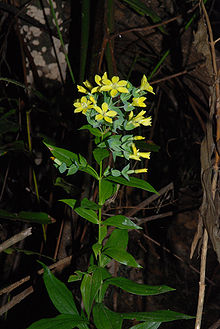 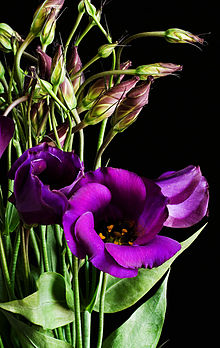 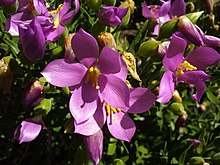 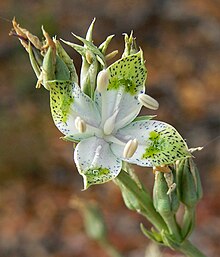 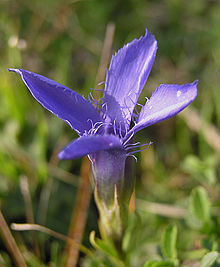 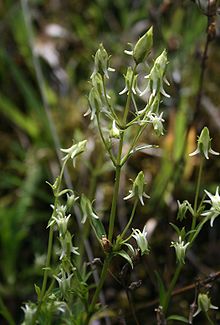 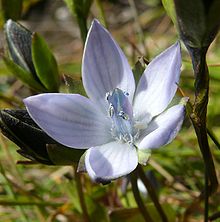 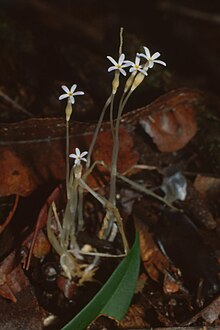 This family was established in 1789 under the name "Gentianae" by Antoine Laurent de Jussieu in Genera Plantarum , 141. The type genus is Gentiana L. The taxa of the earlier families: Chironiaceae Bercht. & J. Presl , Coutoubeaceae Mart. , Potaliaceae Mart. , Saccifoliaceae Maguire & Pires are now included in the Gentianaceae family.

Some genera are also classified in the Loganiaceae family by different authors .