As a capsule fruit is referred to in the Botany a fruit type with an ovary from a plurality of fused carpels (carpels). There can be more or less chambered and non-chambered ovaries. Capsule fruits belong to the group of scattered fruits that open (dehiscence) and thus release the seeds .

The opening points or lines (dehiscence points or lines) are pre-formed in the ovary. They open through the lignification or drying of the pericarp . The resulting flaps (valves) shrink and the gap that forms in the scar region continues to widen. This also allows the flaps to curve outwards. The columella sometimes prevents the fruit from completely disintegrating, since the partitions (septa) that have grown together do not separate.

Consequently, capsule fruits mostly belong to the dried fruits. Fleshy capsule fruits occur mainly in the tropics, examples of the European flora are the spring herbs or the spindle bushes and aesculus . In contrast to the usual dry forms, they are called juice capsules . Capsule fruits occur in almost all plant families , but they are absent in the rose family , the butterflies and the daisy family .

The valves , flaps of the capsule and other scattered fruits are not to be confused with those of the plant genus Dock → Valven , the three inner tepals here form wings that envelop the fruit. Even with anthers that open by folding one speaks of Valven.

Classification of the capsule fruits

The naming and further subdivision of the capsule fruits is based on the type of opening.

Pore capsules , perforated capsules or poricidal capsule fruits (poricidal or inoperculate or poricidal-operculate; pores with a flap, lid - operculum) can only be found in a few genera, they are particularly typical for snapdragons or bluebells , the best-known example is the poppy . The Valven dissolve therein is very limited downwards, hence there are no full Dehiszenzlinien but per carpel a clear-cut opening in the capsule wall, to be released by the seeds exactly. The pores remain laterally separated from each other by the remains of the placenta and the carpel margins. The pores are arranged in a circular line around the capsule.

In the pentameric fruit of the prickly poppy species , a transition to the pod fruit type can be seen. If the valves initially detach only a little from the ripe ovary, the fruit is reminiscent of a pore capsule made up of five carpels with corresponding five pores. If they become detached with increasing fruit ripeness, a framework-like frame (replum) remains in the distal area, which is why one speaks of a rather rare frame capsule . But it also occurs in other species such as B. in Aristolochia or Chelidonium .

The pod of cruciferous Although considered as a separate type of fruit, but it is a special form of capsule fruit. If you reduce the frame capsule to two carpels, you get a pod. A replum from the united carpel margins and their placenta remains here, since the valves completely detach. A false partition is stretched in the frame. This form of fruit is also rarely referred to as a window capsule .

A lid capsule , also called pyxidium , opens all around (circumsessile, pyxidial) through a lid (operculum, operculate), which covers the seed chambers of the capsule fruit. Lid capsules occur in at least 17 plant families, including the amaranthaceae (Amaranthaceae), Barberry (Berberidaceae), Cucurbitaceae (Cucurbitaceae), lecythidaceae (Lecythidaceae), Myrtle (Myrtaceae), Plantain Family (Plantaginaceae) and the nightshade family (Solanaceae). In the carnivorous species Genlisea hispidula , a pericarp ring is deposited due to an additional caesura , and the dehiscence line can continue to be screwy.

Split capsules are the most common form of the capsule fruit. The capsule opens through longitudinal cracks (dehiscence lines) to release the seeds. Often the capsule fruit opens over the entire length of the pericarp. The different opening options also occur in combination . Since the fruit does not completely disintegrate, it must not be called a split fruit .

If the opening lines are on the ventral side of the individual carpels , one speaks of a ventricidal or ventricidal capsule fruit. This can only arise in apocarpic gynoeceum from non-fused carpels, since the ventral side of the carpels is lost as a result of the adhesion. A completely coenocarpes gynoeceum cannot form ventricidal capsule fruits, a gynoeceum that is only partially fused with apocarp can only produce this proportion accordingly. As with the common pimpernut , it can be short or, as with the diptam , it can exceed the basal, fertile, coenocarpic part in size. 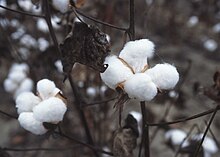 In addition to the dehiscence lines along the carpels, transverse breaks can occur at the septa where the valves break off. Fruits of the septum or septum fragments form (septifragal, valvular). However, this form of dehiscence only occurs in combination with a septicide or a loculicide. Septicidal-septifrage (marginicidal) capsule fruits can be found in Paullinia , Calluna and Rhododendron , loculicidal-septifrage capsule fruits in Epilobium and Datura .

A distinction can also be made between an apical (acrocidal) or basal (basicidal) opening of a capsule fruit, as in Aristolochia .

The “coccum” is also a special form, it is formed from just one carpel and opens along two seams, it stands between an opening stone fruit or a capsule and a legume. Also because the term legume stands for the fruits of legumes, a differentiation is necessary. It comes z. B. in the nutmeg family and in the silver tree .

Some capsule fruits open explosively ballochor with a loud bang as in the milkweed family , e.g. B. in the rubber tree , but also in other families and genera such as the diptame.

Special capsule fruits that are fused with the calyx or perigone , as with the genera Iris , Leptospermum and the bluebells and the like. a. are also sometimes referred to as "Diplotegia".

There are capsule fruits that do not or rarely open and are only opened by animals chewing or biting or by "falling to the ground" (some Gardenia , Alphitonia , Merciera and Adansonia species, among others).

Also capsule fruit Associations (Capsiconum) possible, as in the genera Liquidambar and Anemopsis and some others.

Other capsule-shaped structures which enclose the seeds and fruits are to be defined. They are formed from fore , bracts and sepals or others, as in the case of the helmet herbs , Physalis , Carex or Allocasuarina and in wing fruits or capsules, as well as in berry cones. In the case of the eucalyptus , the capsule fruit is formed by the ovary that has grown together with the base of the flower ; it is therefore one of the lid or tooth capsule.